Theresa Ivanick personifies toughness, and not necessarily just in the physical sense, although one look at her Olympia-caliber physique and you’ll see she ticks that box too.

We’re talking about mental toughness, and in this case, Theresa Ivancik is the real deal. Simply put, she gets the job done. She proves it by sharing some of her most personal moments in life. She used house arrest as motivation to put her life in order.

She also overcame bulimia, a devastating disease that consists of a vicious cycle that is very difficult to break without a significant motivator and a condition that many female bodybuilders suffer from. “Bodybuilding got me out of bulimia,” she said. “Now I can eat because I’m a bodybuilder. I eat for a reason.”

Why I say that comes from several different elements of her life that Theresa shared with me. The first is how she overcame her eating disorder. Bulimia is a devastating disease. It consists of a vicious circle that is very difficult to break without a significant motivator. Lately I’ve been very aware of how many women in body sports suffer from this; Theresa Ivanick is no exception.

How did the bodybuilding bug bite you?

I was under house arrest in 2001 for a DUI. My parents had an old Weider system in the basement, and I started tinkering with it. Then I saw the “Oxygen” mag and said I want to look like this! I got a job at a local gym and worked out. When I started asking about the contest, someone told me to go see Jeff Harlan. He had his own gym and was the only guy in town who knew anything about the sport and competitions. He told me I had to eat, and I didn’t want to hear it, so I left him and thought I’d do it myself. While I was under house arrest, I was able to research all the shows and I focused on one day after my house arrest ended. I did it myself. Then we went back with Jeff and we were preparing for the figure of Mr. 2008 Pittsburgh. After that we agreed to move on to bodybuilding. I took it in 2009 so I could eat and grow. In 2010, I did my first bodybuilding show with my 83-year-old grandfather.

That was it then, you were hooked?

When did drugs appear?

As a replacement of one addiction for another?

Not drugs in particular. The whole thing – the lifestyle, the competition – but, yes, drugs are part of it. There are certain things you don’t take. You have to be smart about it. I managed to maintain my femininity for 15 years without a break.

You were obviously well advised and did it right. What about the girls who don’t do it right?

They don’t last – one and done… maybe two years, then they just fall off.

Well, they don’t fall. They just go in a different direction and start serving the sleazy end of things.

That’s true, I guess. It shouldn’t go that far.

Yes. I treat this like a job. You don’t get a second chance. If you want to be a bodybuilder, you have to act like one. I don’t like what some of these girls end up doing, but I understand. It’s just not bodybuilding. I can’t cross that line because I have a job.

“That actually happened! I didn’t know she did that until after the show, but it was interesting.

And the allure of female bodybuilding? Why not any of the other divisions?

I realized. I was too big for that. Then we thought I was too big for WPD. I was not at home.” I’m a bodybuilder. I’m proud of that. I have pictures of me when I was 6 years old, bending over in a linked two piece swimsuit! I tried to post on TikTok and they took it down because it was “kids.

But it was YOU!

Do people in your town know you?

Butler, Pennsylvania. It is about 45 minutes from Pittsburgh.

Yes. Everyone knows us. People greet us by name on the street. Afterwards I ask Jeff who it is and we don’t know.

At first people were rude. If I was out there without Jeff, I’d have to cover up.

At one point it got pretty bad. I was a guest speaker at a local college on breaking the norm. How to deal with bullies and stuff like that. The first time I did it, I was in the paper and the article said horrible things about me! While I was there I did something positive for the children.

How did you overcome that?

I held back. I kept winning. I kept getting into the papers — I would kill them with kindness. In the end they accepted me.

So now that you and Jeff are part of the local community and well loved, what’s a typical day like in Butler? I guess you are quite busy.

We have our own gym (Harlan’s Elite Fitness) that we run and do personal training and online coaching. We are also working on a film called Beyond Bodybuilding. It’s an independent film project taken on by a local girl. She approached us with an idea and we tossed it around. We revisited it around 2020 when we were shooting the first shoot. There are three of us in the film. It teaches girls to be powerful and beautiful and away from sessions and drugs.

A noble goal, certainly. What about clothes? I think I read somewhere that you have a t-shirt company.

We do — Harlan’s Elite Customs. We initially launched it to get rid of middlemen. When we started the gym, we had financial support. Instead of paying him back, he wanted us to pay it in advance. So we bought two presses and gave a shot to a kid we know who comes to the gym. He was a good kid who needed a chance. We said let’s try it, and it started.

Don’t you also work for Jake Wood in some capacity?

I actually worked for Jake for the first time in 2011 when I was shooting Wings of Strength. Then I met him again in 2016 when I turned pro. I have been working for him as a fully sponsored athlete since 2017, when I made my professional debut.

Did you live in the Muscle Mansion with all the girls who worked on Buff Dynasty?

It was very well run. All the girls were well represented. They really care about the athletes. So I ended up being accepted into the family. All the old episodes are on the Wings of Strength YouTube channel if you want to watch.

What is the overall message you put out there? What should people notice about you and your portrayal of a female bodybuilder?

To practice what I preach. Bodybuilding plays the role while I play the role. When people come to our gym, we want to help them. Reversing diabetes, getting people off medication — that’s a big deal. If you present yourself properly, people will seek you out because of your knowledge.

How did it play out during COVID?

We didn’t go into negativity. We kept the gym open during COVID. We didn’t let people tell us what to do. Instead of living with a bunch of rules, we just did what made sense. Everyone has their own personal mechanism of what is good and what is bad. You know what’s really on your mind. And that’s not always popular. I posted a lot of things that were not talked about – fraud, lies, manipulation, making things up, corruption – I gained a following, but then I had to think about my work. I had to stop alienating people.

What about bodybuilding? Would you do things differently?

That is a very difficult question. It’s getting to the point where we can’t afford it anymore. The average professional show costs about $5k to put on – it’s hard for people to pay. Something needs to be done in terms of costs. We are the only professional athletes who pay to play. Pay-per-view helps and provides easy access to the audience. But the money has to come from somewhere. It’s almost like a non-profit; generally there is no money. I don’t know if there will ever be enough money. Maybe the first 5 or 10 will be sponsored? $2,000 for first place is not enough. We have to pay for training, posing, flying, hotel, food, choreography, posing suits, tanning, hair, makeup, etc. It adds up.

Give us your final thought: What message would you like to leave us that defines your role as a human being?

Do what makes you happy. Do what you enjoy. Live without regrets. Do everything you can to be positive and motivating. Our goal is to help everyone we can be better and put them before us. 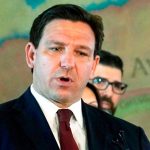 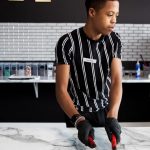 You know it almost springs when your nose starts to itch and you sneeze more often than usual. That’s because, in addition to the beautiful […]

The Best Workouts for Toning You Body: Get the Fit Body You’ve Always Wanted

If you’ve been searching for the best workouts for toning your body, you’re in the right place. The term ‘toning’ has been used a lot […]