VR Fitness: Can My Virtual Reality Game Be Exercise?


Can video games be exercise? Yes, experts say, and virtual reality (VR) technology is ushering in a whole new way of exercising.

Throw in a VR headset, load up a real game, and suddenly you’re sparring in a boxing ring or skiing in the Swiss Alps, says Aaron Stanton, founder and director of the Virtual Reality Health and Exercise Institute, an independent research organization launched in 2017 to study the effects of virtual reality technology. and augmented reality on fitness. (Since its inception, the organization has partnered with San Francisco State University and the virtual reality platform VIVE.)

VR exercise is no different from other types of aerobic exercise, Stanton says. You’re getting your heart rate up, sweating, and burning calories—but it’s not as monotonous as logging miles on a treadmill.

“The best exercise is the one with the most pain-free minutes,” says Stanton. You’ll continue to do exercises that don’t feel like a chore, but feel like something you really enjoy, he says. “That’s where VR comes in. It’s fun, so you forget you’re even working out.”

Here’s more on what the research says, as well as everything you need to know to get started with VR fitness.

What is VR Fitness?

Virtual reality is a computer simulated environment; the hardware (VR headset) allows users to navigate and interact with the simulation. VR can be used for many purposes, such as medical care and research, training, entertainment, and yes, fitness.

With VR fitness, you use hardware (a VR headset) and software (a collection of games) to immerse yourself in a virtual environment, explains Mathias Sorensen, American College of Sports Medicine–certified personal trainer and curriculum manager at American Fitness and Nutrition. Academy. Sorensen, an avid gamer, says he started using VR fitness games in 2015.

In a video game, you control your player or in-game character using a handheld controller. In VR Fitness, you control your player or character by moving your body. That means you can be on your feet jumping for seconds or minutes while skipping laser beams, or doing a few squats and side lunges while riding a VR roller coaster, or swinging your arms vigorously while using a sword to fight a monster, Sorensen says.

“You’d be surprised how fast your heart rate jumps when you do a minute of in-game jumping,” says Sorensen. Depending on the game and how much you move, he says, the energy expenditure can be similar to other types of cardio you might do in a more traditional workout—or even more intense.

While some VR games are purely for fun (although you may burn some calories or work up a sweat while playing them because you’re moving), others are made specifically for exercise, says Jeff Morin, CEO and co-founder of Liteboxer VR, which dubs the boxing game itself. “first fitness”.

Personal trainers have designed a library of exercises into Liteboxer VR, for example, with new exercises added daily, Morin says. Workouts include music by artists such as Machine Gun Kelly and Lady Gaga, and a trainer instructs users on proper form.

Workouts in Liteboxer VR are similar to those in a video or workout app, except now you’re fully immersed in the simulation. So instead of looking at a boxing ring, you feel like you’re actually in it, for example.

Liteboxer VR tracks the timing, accuracy and speed of players’ punches, allowing them to improve their personal best. They can even fight their colleagues in sparring matches. On average, players burn about 300 calories in 30 minutes.

What the science says about whether VR games count as training

Research says that yes, virtual reality games can be just as intense as other workouts.

In a paper published in Games for Health Journal In 2018, researchers put three virtual reality games (Audioshield, Thrill of the Fight, and Holopoint) to the test on 41 healthy men and women between the ages of 18 and 39.

Each participant played each game for 10 minutes while the researchers measured their heart rate and oxygen consumption using VO2 max testing equipment (a face mask and tube system worn during exercise to measure physical fitness and the number of calories burned).

The physical activity required for all three games met energy expenditure standards for moderate-to-vigorous exercise, says study co-author Jimmy Bagley, PhD, associate professor of kinesiology and research director of the Strength and Conditioning Laboratory at San Francisco State University, where he studies health and virtual reality training. (Dr. Bagley is part of the Institute’s Virtual Reality Health and Exercise Partnership, for which he helped measure the calorie burn of hundreds of VR games, comparing each to its traditional exercise equivalent and rating them on the organization’s website.)

In Thrill of the Fight—a boxing game in which players punch, throw and duck to avoid blows—participants burned an average of 9.74 to 15.32 calories per minute, on par with the calories burned while rowing.

“Some of the participants were working at 80 to 90 percent of their maximum heart rate. They were definitely sweating,” says Bagley.

In Holopoint, players are archers, shooting arrows at opponents while jumping, attacking, and crouching to avoid attacks. Bagley says participants burned approximately 7.6 to 12.69 calories per minute, which is similar to the amount of calories you’d burn playing tennis in real life.

U Games for Health Journal In the study, the team also found that people exercising in virtual reality often underestimated how much energy they were delivering. They rated running on a treadmill as a “moderate” exercise, while playing a VR fitness game seemed like a “light” workout.

Bagley suggests this is because players are engrossed in the game, focusing on earning points or defeating a boss to advance to the next level.

A study published in Psychology of sport and exercise in 2019 compared two groups of adults doing bicep curls: 40 people did the exercises in a gym, and another 40 people exercised with a VR headset, watching a simulated room that was a virtual copy of a real-life gym. Both groups used 20 percent of the maximum weight they could lift, and had to hold bicep curls for as long as they could.

The data showed that the VR group reported pain intensity that was 10 percent lower than their gym peers. They also had lower heart rates, three fewer beats per minute, and were able to keep lifting two minutes longer.

Tim Donahey, a personal trainer based at the Ohio-based National Academy of Sports Medicine, turned to VR fitness in August 2016 to help him lose the 15 pounds he gained when he became a father for the first time earlier that year. Chronicling his 50-day weight loss journey on Reddit, Donahey committed to one hour of VR exercise five days a week as his only source of physical activity.

“I knew straight away what the benefits would be – every time I played it got my heart rate up, I was sore afterwards and I could feel the effects on my body,” he says.

Who is VR fitness best for? Is there anyone who shouldn’t try it?

VR workouts can be great for anyone who enjoys gamified or virtual workouts. They can be ideal for people who aren’t currently physically active (especially if they find a particular VR game or program they’re using more enjoyable than traditional exercise) or for regular gym-goers who want to supplement their exercise routine, Donahey says.

“It’s a great way for people who hate exercise to get moving and burn some calories while playing,” he says.

However, be aware of your mobility and fitness. If you have a medical condition or injury that may limit your ability to exercise safely, talk to your doctor before starting any new exercise program. Likewise, if you’re not physically fit, test the waters with the “easy” setting on whatever game you’re playing so you don’t overtax your body, Bagley says. (You still run the risk of real-life injury when working with VR, just as you would with other sports or activities.)

Bagley notes that people who aren’t necessarily tech-savvy may need help setting up the headset and the game.

And if you tend to struggle with motion sickness, dizziness, or vertigo, start with games with less movement, says Bagley.

So how do I get started with VR fitness?

Here are a few things to consider before getting started with VR fitness:

Here are some tips to get you jumping into your VR workout routine: 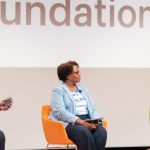 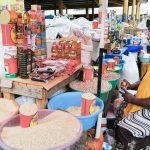 The Definitive Guide to Shopping for Healthy Groceries

The Quick and Easy Guide to Finding the Healthiest Produce on a Budget Look, I get it. You’re busy and you have to do the […]

When you shop through our links, Insider may earn an affiliate commission. Learn more. Amazon’s Halo View is the company’s second-generation fitness tracker. It now […]

Get 25% off TRX fitness products

This story is a part Amazon Prime DayCNET’s guide to everything you need to know and how to find the best deals. Fitness is the […]