Why it’s easier than ever to become addicted to gambling


Noah Vineberg, a bus driver based in Ottawa, Canada, lost more than a million dollars to his gambling addiction.

Vineberg can trace the roots of his addiction back to elementary school, where he enthusiastically traded marbles and hockey cards in the schoolyard.

After 48 years of struggling with the problem, Vineberg will soon celebrate four years of freedom from gambling.

But many others are still struggling. The National Center for Responsible Gambling points to research showing that 1% of the US population suffers from a serious gambling problem. And young adults are especially vulnerable, and it is estimated that 6% to 9% of young people have gambling problems.

And while not all of these problems are financial, they often come with a big price tag.

Online sports betting has grown due to the pandemic

Gambling has long been one of the favorite pastimes of Americans. And access to it has become easier since 2018, when the Supreme Court overturned a decision limiting sports betting to Nevada. Ads and apps have been popping up all over the place since then, even some featuring celebrities like Aaron Paul and Shaquille O’Neal.

But those ads can have a troubling effect, says Vineberg. Because while they can show people how they win, “winners” aren’t what advertisers are really trying to target.

“The client they’re looking for is ‘me’ who’s going to go to four different check cashing places… and just try to make enough for the weekend in my bets to cover my ass until Monday.”

And it will only get harder for people like Vineberg. More than two dozen states have legalized sports betting in the past few years. And according to a report from the American Gaming Association, revenues from sports betting and igaming grew by double-digit percentages in April compared to the previous year.

“The frequency of online gambling, and its severity, has increased significantly,” says Diana Gabriele, a gambling counselor at Hôtel-Dieu Grace Healthcare (HDGH) in Windsor, Ont. in Canada. Ontario is the first province in Canada to regulate sports betting.

Gabriele adds that the increased isolation during the quarantine due to COVID-19 did not help.

“As a result of that isolation, lifestyle change and job loss, people became bored, they became penniless, they were looking for ways to make easy money,” she says.

“They were looking for fun.”

And they found fun. Gabriele explains that the rise of technology and “gamification” – the integration of video games into gambling platforms and vice versa – also increases the likelihood that people will become addicted. It feels more rewarding when players can complete missions or tasks, earn loyalty points and bonuses, or score high in tournaments and leaderboards — and that keeps users engaged longer, increasing their chances of losing more.

“It’s just easily accessible,” Bergeron says. “Wherever you are – it’s on your phone, at home it’s on your computer, you can do it at work on your lunch break.”

In an interview with Newsweek earlier this year, Kevin Whyte, executive director of the National Council on Problem Gambling, said his organization saw a 45% increase in gambling hotlines and a 100% increase in text and chat communications in the first year after the Supreme Court’s rulings. court.

“We believe the expansion of online gambling, including sports betting, has increased the severity and rate of problem gambling,” Whyte said.

What are some of the warning signs of gambling addiction?

Gabriele says the problem of gambling addiction is one that is often misunderstood.

“In the industry, we say that gambling is an invisible addiction,” explains Gabriele. There are no visible effects of gambling addiction, compared to drugs or alcohol, but there are still some big red flags to watch out for.

Spending more money than you originally intended or pulling money from other sources to fund your habit is the number one indicator, she says. Another worrying sign is if your habit is starting to affect other aspects of your life, such as jeopardizing your significant relationships, career opportunities or education.

These are both signs that Vineberg has seen in his life. At one point, he was withdrawing part of his salary and keeping it in a separate account to hide his gambling from his wife. He also opened secret credit cards and lines of credit to finance his habit.

“I owed everyone money … I was stealing from Peter to pay Paul,” Vineberg says.

Setting firm limits on how much and how often you gamble can help prevent you from slipping into risky behaviors. The Canadian Center on Substance Use and Addiction recommends betting no more than 1% of your pre-tax household income per month and limiting yourself to gambling no more than four days a month.

How you react physically and emotionally to those boundaries can also be telling. Gabriele says if you become irritable when you try to cut back or become overly preoccupied with gambling, it could mean you have a problem.

“Even when they’re not gambling, they’re thinking about gambling, planning to gamble, trying to figure out how to get more money so they can come back and gamble,” Gabriele says.

“Or they’re worried that they don’t have any money at all, because they’ve spent it all on gambling,” she adds. “And of course, they’re going to gamble even more, because it causes a lot of upset feelings.”

How can you keep your finances under control?

An addict may soon find that their problem has become so great that they cannot cover basic expenses, such as paying the mortgage or rent.

“We’ve seen people go from six-figure incomes and very lucrative, fulfilling jobs to living on the streets because of gambling,” notes Gabriele. “The journey can happen to some people almost from the start, and for others it can take many, many years before it becomes a consequence.”

Bergeron says the first step to breaking out of this cycle is acknowledging the problem and making sure you have systems in place to prevent you from going back.

“Even though there are solutions that could help them with their debt or credit crisis, if we don’t adapt and do something about the behaviors that caused it, they’ll just become a Band-Aid,” says Bergeron.

The second step is to look at your finances. Depending on the severity of your debt, you may want to consider everything from debt consolidation or refinancing your mortgage to filing a consumer proposal or declaring bankruptcy.

“And then we start looking at their income and expenses and try to come up with a good action plan to live within our means, either to stay in debt or to get out of debt at some point in the near future,” Bergeron says.

For some in the early days of recovery, it may be easier to take some of the decision-making out of their hands and limit access to money by appointing a financial trustee.

“Because one of the insidious factors of gambling is the lack of respect for money – it turns into pretty little coins, you know, just numbers on a screen. It loses its importance for that person, it becomes depersonalized for them,” explains Gabriele. “And over time, they have to regain that respect and appreciation for money as a tool to provide security and safety in their lives.”

The sooner you get help, the better

Vineberg tried several times to get help for 15 years before finally succeeding. After three relapses – the last triggered by his father’s death – he came clean to his wife in a therapy session, calling it his “first real move of responsibility”.

From there he attended gambling counseling at the HGDH Center in Windsor. In the first year and a half of his recovery, he had to consolidate many of his debts and hand over the financial reins to his wife.

“If there’s one thing that’s different about my recovery now than other attempts, it’s that I’m still actively participating in, acknowledging, being responsible for, and owning my recovery,” says Vineberg.

For anyone else who may be struggling with the same, he emphasizes that the sooner you seek help, the better.

He admits that the first days were difficult. Vineberg and his wife lived on a fairly tight budget for a while and made sacrifices to get back on track. But because he sought help, the couple were able to go on a two-week holiday to Italy earlier this year.

And she hopes that by bringing her experience with addiction out into the open, she will help others who may be struggling in the shadows.

“My son will be 27 — my oldest — and I’m not telling him not to gamble,” Vineberg says. “I tell him … that if you start to notice that you can’t live without it, don’t be afraid to get help.”

What to read next

This article provides information only and should not be construed as advice. Provided without warranty of any kind. 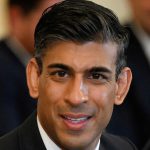 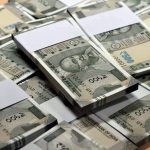 Next Article FCI postpones plan to raise Rs 50,000 crore in short term to fund its operations

Why a rising dollar and falling euro are roiling global markets: Morning roundup

This article first appeared in the Morning Brief. Receive the Morning Report straight to your inbox every Monday through Friday by 6:30 AM ET. Subscribe […]

All signs point to Brittney Griner being convicted in Russia on drug charges that could carry up to 10 years in prison. Even before Griner […]