Women entrepreneurs can do better in a tough investment climate

In May, one of the world’s most prominent venture capital firms, Sequoia, issued a 52-page memo titled Stamina adjustment. The message was clear: RIP good times. The days of cheap cash are in the past and the focus is now on profitability, not growth. Costs must be cut, note emphasized, or a death spiral will ensue. Even after these changes, recovery will be long.

The memo rocked the tech world. Venture capitalists closed their checkbooks and startup people began dusting off the survival skills learned during the 2009 crisis. But on Twitter, the tech town square, one group has largely seemed unconcerned since then: female founders. Brittany Fuller, co-founder of data analytics start-up Notable, summed up the mood: “Female founders who were raised before the corrections are not shaken. This is funding climate as usual for us.”

Fuller’s view is rooted in reality. Last year, the UK saw a record year for venture capital, with total deal value of $12.8 billion in 2020 rising to $32.9 billion in 2021. Last year was also a record year for start-ups women – 140,000 companies were founded in that category. But despite this progress, audited data from this year’s Rose Review in Female Entrepreneurship found that female founders still receive less than 1 percent of venture capital funding.

When asked why this group receives so little funding, many venture capitalists I speak with claim that they don’t see the quantity and quality of start-ups they need to invest on a large scale.

But the Rose Review, led by NatWest chief executive Alison Rose, highlights other factors at work. He notes that informal networks influence access to finance. Less than 15 percent of venture capital partners are women, which is likely a barrier to realizing the market potential of, say, a fertility app or fashion rental (the only two female-founded companies I’ve come across trying to raise capital at this point in the year).

It is also characteristic that for debt financing, including government and bank loans, there was no significant difference in the level of approval of financing for businesses run by women and men (90 percent and 92 percent, respectively). These routes often involve relatively simple online applications and do not require founders to have a network, present themselves or even necessarily reveal their gender.

The review highlights that conscious and unconscious bias must be challenged and that venture capital can do better. Gender equality is not the only reason to work on changing the system – there is also an economic incentive. Calculations show that if women started and scaled their ventures at the same rate as men, the UK would create jobs worth £250bn. For a country entering recession, this is no sneer.

While there is no one-size-fits-all solution, it is clear that data can be a powerful force in understanding problems. Last month, the group behind the Rose Review launched the Investing in Women Code, which asks UK venture capitalists to submit data to be aggregated and published annually, and to appoint an internal representative to support equality in access to finance. Over 160 banks, investors and financial institutions have already committed, but many of the biggest names in venture capital are still missing.

Encouraging more women to start a business and not providing them with adequate capital for growth is like sending talented novices to climb Everest without oxygen, guides or tents. Few will make it to base camp, and for those who do, the odds of survival are even slimmer.

However, when this recession subsides, we can find an unusually high percentage of female founders among those who remain. After all, they were forced to adapt to such difficult conditions a long time ago. 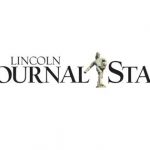 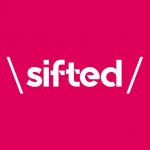