President Joe Biden tested positive for COVID-19 for the third time in a row during what seems to be a “rebound” case after taking Paxlovid.

After several days of testing negative, he tested positive on Saturday and again on Sunday and Monday. This represents a rebound.

The President continues to feel well, according to Kevin O’Connor, DO, his physician, who issued a memo this morning.

“Given his rebound positivity, which we reported Saturday, we continued to monitor his daily condition, he wrote.” “This morning, as one would anticipate, his SARS-CoV-2 antigen testing remained positive.”

O’Connor said, Biden will continue to isolate at the White House until he tests negative again, and he will then work from the executive residence.

“The President remains concerned about protecting the White House, Executive Residence, Secret Service, and other staff members whose roles require close proximity to him (even if they are distant socially),” O’Connor said.

Biden had close contacts six times before testing positive again. So far, no one else has tested positive, according to ABC News.

Initially testing positive on July 21, he was then treated with the antiviral drug Paxlovid which has been associated with the potential for a viral rebound. He was suffering from a sore throat, runny nose, cough, aching body, and extreme fatigue.

As of last week, on Tuesday evening and Wednesday morning, Joe Biden has cleared himself to go indoors while wearing a mask, concluding a five-day isolation period.

Tests were negative on Thursday and Friday morning, but he tested positive late Saturday morning.

“The President has not relapsed and continues to feel quite well,” O’Connor wrote in a memo on Saturday. “The patient is in good health, so treatment is currently not required. However, we will keep the patient under close observation.”

While Biden is vaccinated and had two booster shots, at age 79, he is considered to be at a higher risk for serious illnesses, ABC News reported. Paxlovid is recommended to lower the risk of severe illness in high-risk individuals, such as people 65 and older.

Past studies have suggested that a few individuals who take Paxlovid have a rebound case, according to The Associated Press. But a rebound – not a relapse – could be beneficial to Biden.

Infectious disease specialist Albert Ho, MD, of Yale University, told the Associated Press: “The fact that the president has cleared his illness and has no symptoms suggests he will not develop COVID for a long time.” 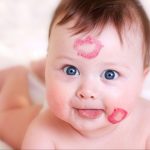 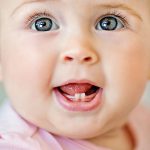 Next Article What You Should Know About: Teething Babies

Effective governance also enables the company to implement and manage internal policies and standards related to data security and use. This not only supports the […]

How to set your phone’s maximum volume limit

Above this setting, you can see how many headset notifications you’ve received from your iPhone in the last six months. For a more detailed reading […]

To find an ICU bed, a sick child from Northern California had to go to Portland, Oregon. Last week, a toddler from Oregon was airlifted […]

There is an increase in car crashes and deaths in states that have legalized recreational marijuana, according to a new study. Vice president of research […]