This November, voters in seven states and twelve localities will decide whether to legalise and decriminalise marijuana. The outcome of the election will determine whether they can obtain cannabis for medical or recreational purposes like the citizens of 37 other states, four territories, and the District of Columbia.

Additionally, a study that was published in the journal PLOS One estimates that if these voters decide to legalise the substance, it may cost the American pharmaceutical sector billions of dollars.

The study discovered that when a state legalises marijuana, sales of numerous generic and name-brand medications fall sharply. Researchers who studied the early effects of legalisation between 1996 and 2019 on pharmaceutical stock prices found that returns typically decreased by 1.5% to 2% within 10 days of a vote to permit sales.

This means that with every legalisation measure implemented, the sector as a whole loses $3 billion in stock value annually.

When studying opiate use among patients from an Albuquerque pain clinic, study co-author and University of New Mexico economist Sarah Stith, PhD, initially got interested in the issue. The option for these patients to sign up for the New Mexico Medical Cannabis Program was presented.

According to the PLOS One study, which elaborated on these findings, legalisation decreases the demand for prescription pain, sleep, anxiety, and nausea medications. Additionally, pharmaceutical companies might be prevented by the competition from boosting prices to close the sales difference.

Cannabis has gained popularity as a self-administered substitute for expensive or dangerous prescription medications, despite the paucity of scientific evidence supporting its usage for medical purposes. According to a new Gallup study, 16% of Americans now consume marijuana, which is the first time ever more than the 11% of people who smoke tobacco. Additionally, 53% of respondents stated they believed marijuana users benefited from using it.

The PLOS One study claims that after medical marijuana became legal, “cannabis may behave as a new generic entrant, leading some persons to substitute away from other medications toward cannabis.”

While many ailments are treated with cannabis, a traditional new generic medicine is more focused in the conditions it can treat.

According to the report, “this suggests that cannabis functions as a new entry across several distinct drug markets at the same time.”

Following Election Day on November 8, the pharmaceutical industry might see sales losses of $21 billion if voters in seven states concur and the study’s calculation is accurate. 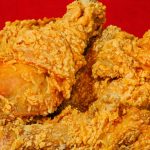 Next Article Chicken Should Not Be Cooked with NyQuil, FDA Warns

Earlier this week, Amazon celebrated the biggest Prime Day in the eight-year history of the sales event. But just hours after the event came news […]

in the murky On sleepless nights after my son was born, I spent an awful lot of time looking at my phone. Too tired to […]

How Our Own Relationships May Be Predicted by “The Bachelor”