Children who are neglected, physically or sexually abused, or raised in an unsupportive home environment may suffer lasting effects. These impressions can lead to physical and mental health problems that last into adulthood.

Approximately one in 10 children experience some form of abuse before the age of 18, according to the Centers for Disease Control and Prevention. Neglect is found in nearly half of these cases. The American Academy of Pediatrics estimates that up to 10 percent of all children will be sexually abused before they turn 18 years old.

Child abuse has lasting effects on both victims and society as a whole. Victims often struggle with anger, trust issues, depression, anxiety, and substance abuse issues as a result of their experiences. They also may have lifelong physical repercussions from being beaten or burned as a child. Abused children may struggle with social functioning as adults because of lowered self-esteem, decreased sense of trust, and heightened feelings of paranoia or fearfulness when interacting with other people.

In addition to these negative personal effects on victims, child abuse also has negative implications for society at large through increased healthcare costs and increased risk for violent criminal behavior later in life. Researchers continue looking for ways to prevent child abuse and identify it early when it does occur so appropriate treatment can begin sooner rather than later

Neglect Can Have Serious Physical and Mental Consequences

Children who experience chronic neglect may have trouble developing appropriate social skills and learning the language because they are deprived of consistent, appropriate interaction with caring adults. Neglected children may have poor health because of poor nutrition and a lack of access to necessary health care. They also may have trouble forming appropriate relationships because they don’t learn the social skills necessary for building positive connections with others.

Neglected children may have trouble regulating their emotions because they don’t learn how to cope with stress or how to problem-solve. This can lead to long-term mental health issues such as anxiety, depression, or post-traumatic stress disorder.

Physical abuse can have many long-term physical effects on children, including scarring, stunted growth, and irreversible physical deformities. Children who are severely abused may suffer brain damage, which can have lasting effects on their language, motor skills, and social skills. Children who experience chronic or repeated physical abuse may have stunted growth; impaired development, function, and repair of organs, including the brain; and scarring or permanent disfiguration, including burns.

Physical abuse also can cause emotional and psychological effects such as anxiety, depression, negative self-image, poor self-esteem, shame, and guilt. It also can lead to anger, difficulty trusting others, and trouble with impulse control and managing emotions.

Sexual Abuse in Childhood Can Lead to Irreversible Harm

Sexual abuse in childhood can lead to long-term physical and psychological harm. Child sexual abuse includes any unwanted sexual contact between a child and an adult or another child who is older than the age of sexual consent. Sexual abuse can cause long-term physical and psychological damage, including chronic pain and anxiety. It can lead to sexually transmitted diseases, reproductive system damage, and pregnancy. It also can cause psychological issues such as flashbacks, insomnia, nightmares, difficulty with relationships, and eating disorders.

Children who experience childhood abuse often suffer from low self-esteem, feelings of guilt, and shame. They also may experience anger and have trouble trusting others. Children who experience childhood abuse often experience anxiety and/or depression, particularly if the abuse is ongoing. Abused children may have a hard time forming appropriate relationships because they may not learn the social skills necessary for building positive connections with others. They may have trouble regulating their emotions, which can lead to long-term mental health issues such as anxiety, depression, or post-traumatic stress disorder.

Violent Behavior and Criminal Activity as a Result of Child Abuse

When child abuse occurs, victims often develop unhealthy ways of coping with difficult emotions as a result of their experiences. This can lead to emotional outbursts and trouble controlling impulses. It also can result in emotional detachment and social withdrawal. When children don’t receive the care they need, they may act out in unhealthy ways such as abusing drugs or alcohol or committing violent crimes. Research suggests that experiencing childhood abuse is one of the strongest predictors of future violent behavior. 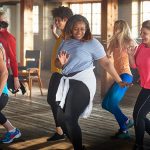 Next Article How to Fertilize Your Garden Using Food Scraps

Monkeypox cases have been growing rapidly worldwide, and the World Health Organization now calls it an international public health emergency. In January 2020, WHO declared […]

Pierced Lips and Tongue Can Damage Your Teeth and Gums.

Having your lips or tongue pierced? If your dentist expresses displeasure over it, do not be shocked. A recent study cautions that these piercings can […]

When you hear the word fat, what comes to mind? For many people—especially those who are health conscious and try to keep a watch on […]

The Ultimate Guide to Poisonous Plants That Could Kill You

‍ If you live in a rural area or spend a lot of time outdoors, you might be more aware of the presence of poisonous […]