Zeng, who asked to be referred to by her last name to avoid identification, thought it was funny. “I don’t think she did anything unreasonable or morally corrupt by today’s standards. On the contrary, I think she is doing something that can help everyone,” she says. Longfei’s account was finally restored in June.

Livestreaming took off in China in 2016 and has since become one of the country’s favorite ways to pass the time, with 635 million viewers a year. Top livestreamers attract audiences across e-commerce, music, gaming and comedy, and earn huge sums of money from their millions of devoted fans. As a result, they often wield the same influence as A-list celebrities.

But many streamers, like lawyer Longfei, are struggling with the Chinese government’s increasing willingness to weigh in on what is acceptable. A new policy document, the Code of Conduct for Online Streamers, released on June 22 by China’s top cultural authorities, is designed to guide streamers on what is expected of them. After managing to operate under the radar in recent years, livestreamers are now facing the full force of China’s censorship machine.

The code of conduct lists 31 categories of content that should not appear in online videos, ranging from violence and self-harm to more ambiguous concepts such as religious teachings and displays of wealth. The guidelines also include rules on the appearance of streamers and prohibit the use of deepfakes to make jokes about the Chinese leadership.

“I see it as an upward integration effort that aims to cover the entire country, all online platforms and any genre of online streamers,” says Jingyi Gu, a doctoral student studying Chinese streamers at the University of Illinois, Urbana-Champaign. It replaces previous regulations that are patchy or provincial, and also complements other regulations governing platforms and marketing companies. “[This one] it addresses online streamers as a profession in their own right, just like actors,” says Gu.

Clearly, the Chinese government is in the process of taming an industry that has become too powerful to ignore. Over the past year, some of China’s top livestreamers have fallen from their thrones after being fined for tax evasion or instigating censorship around political events. But by putting restrictions on paper, the Code of Conduct paves the way for further interventions in the future.

‘The End of the Universe’

There’s a saying that’s popular in China right now: “The end of the universe is selling stuff on livestream.” He mocks the fact that these days professionals of all walks of life—lawyers, teachers, celebrities—have become streamers making money as QVC-style product presenters.

“Americans and Europeans definitely don’t think of livestreaming as a mainstream shopping channel, and probably not even as a mainstream entertainment channel, but in China it has reached tremendous popularity,” says Gu. 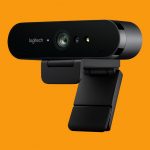 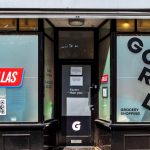 Next Article Gorillas’ Retreat signals the reckoning for delivery apps

Whether you’re working from home a few days a week or full-time, it’s important to carve out a space that separates your work and personal […]

Due to a possible listeria infection, Old Europe Cheese, Inc. of Benton Harbor, Michigan has recalled its brie and camembert cheeses. Consumers are advised to […]

Another extreme weather event, another trial for the infamous Texas power grid. As temperatures rose above 100 degrees Fahrenheit, residents turned on their air conditioners, […]

In Michigan and Ohio, at least 29 people have been sickened by E. coli due to an outbreak of unknown origin, the CDC says. Among […]