According to a recent Lancet COVID-19 Commission study, widespread global failures at all levels in the response to COVID-19 resulted in millions of avoidable deaths and halted progress achieved toward the U.N. goals for sustainable development in many nations.

According to the authors of a related editorial, there have been an estimated 17.7 million more deaths worldwide as a result of COVID-19, and this figure is probably an underestimate. The latest research, according to them, “lays bare what has been nothing short of a colossal worldwide disaster — a failure of reason, transparency, public health practise standards, operational coordination, and international solidarity.”

28 of the world’s top experts in public policy, international governance, epidemiology, vaccine development, economics, international finance, sustainability, and mental health, including Professor Andy Haines of the London School of Hygiene and Tropical Medicine, worked on the Lancet report on lessons learned from the COVID-19 pandemic for two years, and they consulted with over 100 other contributors to 11 global task forces. In order to develop recommendations that will help end the ongoing COVID-19 pandemic emergency, lessen the impact of upcoming health threats, and achieve long-term sustainable development, the Commission examined data from the first two years of the pandemic along with new epidemiological and financial analysis.

Too cautious and delayed in their response

The World Health Organization was criticised in the report for acting “too cautiously and too slowly” on crucial issues, including issuing warnings about the virus’s human transmissibility, announcing a global public health emergency, supporting international travel protocols to prevent the spread of the virus, and encouraging the general public to wear face masks as protective gear. The WHO was also criticised for taking too long to recognise the virus’s airborne spread.

The “overarching” recommendations of the Commission’s report were welcomed by WHO officials, who noted that they were in line with their commitment to “stronger global, regional, and country pandemic preparedness, prevention, readiness, and response.” It underlined how the group agreed that reforms should be made and that its crucial role in global health should be strengthened “should significantly boost its primary budget.

However, it claimed that the report contained “many significant omissions and misinterpretations,” and it disagreed with the Commission’s critique of the WHO’s response to the public health emergency of global concern “and continued with a lengthy timeline of its operations in support of itself.

Governments also came under scrutiny for inadequate collaboration on pandemic containment policies, such as travel guidelines, testing techniques, and public education, as well as for being overly cautious and delayed in their reaction. Additionally, the research stated that most national governments lacked readiness, gave the most vulnerable members of their society little attention, and were “constrained by a lack of international cooperation and an epidemic of misinformation.”

The COVID-19 response, according to the authors, has demonstrated several facets of global cooperation at its best, including public-private partnerships to quickly develop a number of vaccines, actions taken by high-income countries to financially support individuals and businesses, and emergency funding from the International Monetary Fund and World Bank.However, they said that the “lack of collaboration among governments” for the financing and delivery of essential medical supplies, such as vaccines, protective gear, and resources for vaccine development and manufacture in developing nations, has resulted in “dire expenses.”

According to Jeffrey Sachs, chair of the Commission, professor at Columbia University, and president of the Sustainable Development Solutions Network, “the tremendous human toll of the first two years of the COVID-19 pandemic is a great tragedy and a colossal societal failure at numerous levels.”

The authors of the report emphasised how popular opposition to common public health and social measures, such as the wearing of masks and immunisation, “significantly hampered” the epidemic containment.

Hard truths must be faced, according to Sachs. Too many governments have disregarded fundamental standards of institutional rationality and transparency; too many people have objected to fundamental public health precautions, frequently under the influence of false information; and too many countries have failed to encourage international cooperation to control the pandemic.

The authors concluded that public policies failed to adequately address the fundamentally unequal effects of the pandemic and paid insufficient attention to the most vulnerable segments of society.

The Commission recommended that all nations implement a vaccination-plus strategy, which combines mass vaccination with the proper public health safeguards and financial measures, to contain the pandemic. Salim S. Abdool Karim, professor at the Mailman School of Public Health at Columbia University and co-author of the Commission, stated that the chances of ending the pandemic emergency and achieving long-lasting economic recovery are better the faster the world can act to vaccinate everyone and provide social and economic support.

The WHO needed to be reformed and strengthened by a significant increase in budget and more involvement from heads of state representing each area, according to the Commission, to better support decision-making and actions, especially on important and contentious issues.

In order to combat new infectious diseases, the Commission recommended five key pillars: prevention, containment, health care, equity, and global innovation and diffusion. Governments, regulators, and institutions “must be re-oriented toward society as a whole” rather than the interests of individuals,” the report stated, using the term “prosocialty,” if these pillars are to be fulfilled.

Without this change, they warned, “the globe is exposed and unable to adequately address any global threat.” 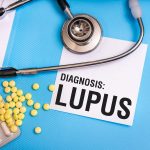 Next Article In a Small Study, CAR-T Therapy Induces Remission of the Lupus

How to safely monitor menstruation after Roe

3. After deleting the application, ask the application vendor to delete your data. Just because you removed an app from your phone doesn’t mean the […]

COVID Increases Risk of Long-Term Brain Injury, According to Study

According to a study published in Nature Medicine, patients with COVID-19 have a higher risk of experiencing brain issues like strokes, migraine headaches, and depression […]