COVID Booster Update to be Approved by Pfizer

Pfizer submitted an application to the FDA to put its updated COVID-19 booster vaccine into use as soon as possible, the company announced Monday.

This vaccine is adapted for the BA.4 and BA.5 variants of the Omicron virus and is intended for ages 12 and up. Assuming the FDA approves, the first shipment could come as soon as September.

Now, with the recent accelerated production, we are more than ready to immediately get this production underway, to immediately distribute these boosters to provide an extra layer of protection against fall and winter swells, Pfizer CEO, Albert Bourla, PhD, said in the statement.

Pfizer and Moderna were ordered earlier this year to update their shots so they targeted BA.4 and BA.5, which can escape immunity from previous vaccines and infections.

The United States contracted to buy 105 million doses from Pfizer and 66 million from Moderna, according to The Associated Press. Moderna will be expected to file for FDA approval very soon as well.

New shots for the coronavirus target both the original spike protein as well as spikes to mutations. For now, BA.5 causes 89% of new infections in the U.S., followed by BA.4.6 with 6.3% and BA.4 with 4.3%. This is according to the latest CDC data.

We have no way of knowing if BA.5 will still be the dominant strain this winter or if a new variant will replace it, according to the AP. Nonetheless, public health officials support the new boosters as a way to increase immunity against the latest strains.

Last week, Britain became the first country to give authorization to Moderna’s new vaccine, which adds protection against BA.1, or the original Omicron strain that became the most prominent one last winter. Reports indicate that European regulators are contemplating using this particular shot, while the U.S. has not chosen to use it as there are many newer Omicron variants that have become more dominant.

The FDA will use the scientific testing of prior updates to the vaccine, rather than the newest boosters, to decide whether to fast-track the updated shots for fall, the Associated Press reported. Like flu vaccines, this method makes it possible to update them every year without extensive research that can take months.

Pfizer’s recently released research says the new Omicron update significantly boosted antibodies that can fight the BA.1 variant and can offer some protection against BA.4 and BA.5. In its latest FDA application, the company includes data and animal tests related to its newest booster, the AP reported.

Pfizer will do a trial on the BA.4/BA.5 booster in coming weeks to gather more information. Moderna is doing a similar study as well.

Results from these studies won’t be available until the fall booster campaign, which is why FDA and public health officials plan on distributing the updated shot in September.

To quote, It’s clear that none of these vaccines are going to be fully successful, Rachel Presti, MD, researcher for the Moderna trial and infectious diseases specialist at Washington University in St. Louis, told the AP.

Previous studies of variant booster candidates have shown “that you still get a broader immune response giving a variant booster than giving the same booster,” she said. 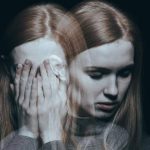 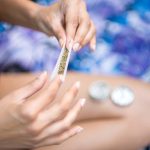 Next Article <strong>Cannabis: How Men’s Use Could Affect Their Kids’ Health</strong>

Looking to kit out your home office? It’s a good idea, even if you’re still going to the office a few times a week. Our […]

According to a recent study from Britain, those who contract COVID-19 after receiving two vaccinations had a 41 percent lower likelihood of experiencing long-lasting COVID […]

Astronomers and space fans have been waiting for this moment for years: the James Webb Space Telescope team has finally released a handful of stunning […]