For their research, Hinz and her colleagues enlisted the help of New Zealand Customs. Personnel used probes, which they pushed through the rubber seals on the container doors, to collect gas samples from 490 sealed containers. Hinz also collected air samples from dozens of other containers herself, watching the concentrations of the compounds change in real time as the containers were opened and the air inside was allowed to mix with fresh outside air.

The investigation revealed a lot of nasty substances. Customs officials found methyl bromide, the compound that flooded the Rotterdam docks, in 3.5 percent of the sealed containers. They found formaldehyde in 81 percent of the containers and ethylene oxide in 4.7 percent, to name just a few of the chemicals. Exposure to ethylene oxide can cause a variety of unpleasant symptoms, including nausea, vomiting, and diarrhea. Formaldehyde, a preservative, is carcinogenic and can cause internal irritation when inhaled, among other symptoms.

In their study, Hinz and her colleagues found that some of the concentrations measured were high enough to cause an acute reaction that causes immediate symptoms. However, Hinz says that in practice it is unusual for a worker to come into direct contact with toxic gases at such elevated levels. Instead, there is a more common but still significant risk of re-exposure to low concentrations. Chronic contact with these chemicals can potentially increase the risk of cancer or cause psychiatric problems, for example. Yet there is relatively little research on the risks of chemicals inside cargo containers.

“I definitely think he needs attention, a lot more attention than he gets,” Hinz says.

Gunnar Johansson, a toxicologist at the Karolinska Institute in Sweden who was a reviewer for Hinz’s study, agrees with her assessment.

“We don’t know exactly what the risk is, but it’s an unnecessary risk, because you can easily solve it,” he says. All that is needed is better ventilation.

A few years ago, Johansson and his colleagues were called to inspect a suspicious container in Sweden. It was filled with rice, but inside the container was also a strange blue bag filled with white powder. When Johansson analyzed the air, he found phosphine, a fumigant, in a concentration high enough to be lethal.

To protect dock workers, Johanson and his colleagues designed a device that connects to a suction fan and attaches to the existing but tiny vent holes in the sides of most containers. Experiments show that when the device is switched on, the concentration of harmful gases drops within a few minutes.

“We can reduce roughly 90 percent of volatile pollutants in one hour,” says Johansson. This device is currently used by the Swedish customs administration, he adds.

The shipping and logistics industry needs to be more aware of the dangers associated with exposure to harmful gases in shipping containers, says Martin Cobbald, chief executive of Dealey Environmental, a UK environmental services firm.

His firm is often contracted to open and ventilate containers, but, he adds, “we don’t do it nearly as much for the range of people we should.” 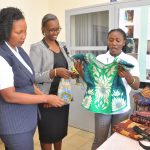 Attacks against Lithuania started on June 20. For the next 10 days, websites belonging to the government and businesses were bombarded with DDoS attacks, overwhelming […]

Around 80% of men and nearly half of women experience significant hair loss during their lifetime, but there are only two FDA-approved medications for male-pattern […]