Most people have participated in the “separated-at-birth” game, where it is suggested that celebrities and look-alike friends who are not related may share a secret parentage.

However, recent findings indicate that there may be more to the concept of certain doppelgangers than first appears. Researchers from Spain examined pairs of unrelated look-alikes and discovered that in addition to having a strong likeness to one another, they also have significant DNA similarities.

The findings, which were reported in the journal Cell Reports, imply that those genetic connections might go beyond only physical features. According to the researchers, biometric forensics and DNA analysis could one day be used by doctors to determine a person’s hidden risks for specific diseases and even by law enforcement to identify offenders.

According to Manel Esteller, PhD, a researcher at the Josep Carreras Leukemia Research Institute in Barcelona who conducted the study, the likelihood that most people on the earth have an unrelated “twin” out there someplace is probably the study’s most exciting finding.

It’s logical to believe that you might also have a similar person out there, he argues.

Esteller’s investigation into the parallels and discrepancies between identical twins led to the development of his latest study. He was motivated by the work of French-Canadian photographer François Brunelle, who has been documenting unrelated look-alikes all around the world since 1999. Esteller wondered whether DNA could account for his amazing images of these identical “twins.”

According to him, “In 2005, we found that brother twins, sometimes referred to as monozygotic twins, had epigenetic differences [chemical alterations in DNA that control how genes are expressed], which explained why they weren’t exactly identical.

“In the current study, we looked at the opposite side of the coin: individuals with the same face who are not connected by blood. These people contributed to resolving the age-old question of how nature and/or nurture affect our appearance.

Esteller’s team selected 32 pairs of individuals from Brunelle’s picture shoots to participate in DNA testing and lifestyle surveys in order to find the answer to that query. In order to compare their facial features based on headshots, the researchers also used facial recognition software.

They discovered that 16 of the look-alike pairs’ scores were comparable to those of real identical twins, who were also subjected to facial recognition analysis by the research team. One Hispanic, one East Asian, and one Central-South Asian pair were among the look-alike pairs, while 13 of them were of European origin.

The researchers then looked at the DNA of those 16 pairs of look-alikes and discovered that they shared a lot more genetic information than the other 16 pairs that the software had considered to be less similar in appearance. They called this discovery “striking.”

People who resemble one another should likely share “significant sections of the genome, or the DNA sequence,” according to Esteller, but this has never been shown experimentally – until now, that is.

We found that the genetic locations of the look-alikes belonged to four categories, the author says. Genes previously linked to the form and shape of the eyes, lips, mouth, nostril, and other facial features have been discovered in general population studies. Genes linked to bone formation and the shape of the skull have also been discovered, as have genes related to different skin textures and genes linked to liquid retention, which can affect the volume of our faces.

Although the DNA of the doppelgangers was very similar, Esteller was astonished to learn that the lifestyle surveys, which looked at 68 different factors, showed significant variances in the 16 pairs of individuals. When analysing these differences, keep “nurture vs. nature” in mind; their circumstances and other aspects of their upbringing most likely contributed to them.

He contends that these variances provide another additional proof that the pairs’ shared DNA plays a much larger role in the similarities between their appearances than any other possible explanation.

However, he discovered that certain look-alikes shared characteristics with one another that could be traced back to their DNA, including height and weight, character traits (such a nicotine addiction), and even educational standing (suggesting intelligence might be linked to genes).

Our face is considered to represent our spirit, explains Esteller. Less poetically, our look-alike filled out a lengthy questionnaire to understand their physical and behavioural characteristics. We found that the look-alikes that shared a lot of genetic and facial similarity not only had a similar face, but also other traits. …”

What then accounts for these genetic similarities? Esteller claims that the likelihood of it being the consequence of chance and happenstance, sparked by population growth rather than some unidentified ancestral or family link, is high. He says that since there are a limited number of components that make up human facial features, it seems sense that some people will, by chance of the draw, resemble others.

These look-alike repetitions are more likely to happen now that there are 7.9 billion people on the planet, he claims. The study’s authors write, “Analyzing a wider cohort will give more of the shared genetic variants by these specific person pairs, and could also be beneficial in understanding the significance of extra layers of biological data in generating our looks.”

Esteller believes that his research might be used to the diagnosis of diseases via DNA analysis, beyond the study’s attractiveness as strange science. By enabling forensic professionals to draw sketches of suspects’ faces using just DNA samples retrieved from crime scenes, they may one day even help law enforcement in their efforts to catch offenders.

Two areas, he believes, are currently particularly intriguing for future development. First, can the presence of genetic abnormalities linked to a high risk of contracting an illness like diabetes or Alzheimer’s be inferred from facial features? Second: Is it possible to reconstruct a face using information from the genome, which would be very helpful in forensic medicine? Now, both research directions can be taken.

Discovered by the Doppelgangers

The social ramifications of Esteller’s research are at least as significant to the participants in the look-alike study Marissa Munzing and Christina Lee as the scientific findings are.

Lee and Munzing have been friends since their first year of college at the University of California, Los Angeles, 14 years ago. Munzing was surprised to learn how closely their DNA matched.

“I was definitely astonished that [we] would have comparable DNA, as close to being twins, with my friend,” she remarked in an email. What a sham! also cool I think it’s okay now as I do call her my “twin” on occasion!

However, she argues that knowing that we all might have a secret twin out there could help bring people together at a time when Americans and other people all across the world are so sharply divided along class, social, and political lines.

Lee concurs, pointing out that having a companion with a DNA profile that is nearly identical to ours “and even a similar look” fosters a sense of connection with someone who we may otherwise regard as strangers.

Even if it’s just in your appearance, it can be comforting to feel like you’re not alone, she says.

We genuinely are more alike and connected to each other than we realise, says Munzing. 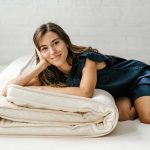 Previous Article Amazon’s Best-Selling Mattress is Allegedly a Health Hazard, According to a Lawsuit Next Article Could the “Power of the Streak” Be the Most Motivational Tool we have?

How to Install Google Play Store on Amazon Fire Tablet (2022)

Once you’ve installed all four apps, it’s time to reboot your Fire tablet. Press the power button until the power menu appears, then tap Restart. […]

Check out our guide to the best mirrorless cameras and dive deep into all of WIRED’s camera coverage. The Unmentionables Twitter can be a nightmarish […]