Early Weight Loss May Be The Best Indicator Of Success Over The Long Term.

The effectiveness of a short-term diet plan may be necessary before long-term weight management regimens for persons with type 2 diabetes are successful.

The results came from recent research on type 2 diabetics participating in weight-loss programmes, which indicated that if they haven’t dropped 0.5% of their body weight in the first four weeks, their chances of long-term success are lower and it might be preferable to rethink their strategy.

The information will be presented Thursday at a diabetes conference in Europe. It comes from a weight management programme in Scotland that is a part of the National Health Service of the United Kingdom.

With sessions offered every one to two weeks, the Glasgow weight management service, like others offered by the NHS, places an emphasis on behavioural modifications to improve physical activity and adjust food. According to the program’s guidelines, participants must adhere to it for three to four months in order to lose at least 5% of their body weight and keep it off.

The results were scheduled to be presented this week by University of Glasgow fourth-year PhD student Lulwa Al-Abdullah.

Al-Abdullah claims that despite the program’s success, many people struggle to lose that much weight and keep it off because they give up or don’t adhere to the plan strictly enough. In this experiment, she explains, “we intended to discover demographic, clinical, and process characteristics that are related and predictive of short- and medium-term successful weight loss.”

It turns out that the most important measurement was rapid weight loss.

The investigators considered a number of other variables, but none of them were significant. According to study author Jennifer Logue, MD, PhD, who at the time of the study was professor of metabolic medicine at Lancaster University in the UK, this implies that just directing patients to weight loss programmes without evaluating their early progress is insufficient.

It’s not that people reach the conclusion and declare, “Oh, I wasn’t successful. They do not reach the conclusion, she claims. “They simply stop going. And if they leave school, it could be worse for them since, as we all know, those who are obese experience a lot of internalised self-shame in addition to external stigma.

“You don’t want to inform your [doctor] that you failed when you go back… Before we lose them and before we do harm, we need to focus our efforts on those people who aren’t crossing that boundary early, says Logue, who last month started working for the pharmaceutical company straZeneca.

And for individuals who haven’t dropped 0.5 percent of their body weight after a month, she says, “We should be asking why this isn’t working and what do we need to modify for that person.”

They may not have understood the diet, which is a problem that can be fixed. Or they have issues controlling their appetite, which can be resolved with the right medicine or bariatric surgery.

“It’s possible that some people are dealing with other issues at the moment, so now may not be the best time to change their behaviour. They should take care of those issues and return when they’re ready, Logue recommended. They might be under additional pressures that make it impossible.

Dr. Amy E. Rothberg responded when contacted for comment: “Although I am surprised that 0.5% was the threshold, my group at Michigan and other investigators have shown that early weight reduction is a predictor of both short- and long-term weight loss success.

Her facility uses entire diet replacement, which, in contrast to the U.K. regimen, often results in a 5% weight loss in the first four weeks.

A brief period of re-intensification with the intervention, of about 2 weeks, would be justified before resorting to alternative treatments, according to Rothberg, head of the Michigan Medicine Weight Management Program in Ann Arbor. However, there may be certain mitigating situations.

She explains that persons with type 2 diabetes in particular “may have a slightly tougher difficulty losing as much weight, but nonetheless can lose weight,” if they are using drugs like insulin. I don’t believe that having diabetes or not having diabetes would affect whether or whether someone lost 0.5% of their body weight after 4 weeks. It’s a really low bar.

It’s not enjoyable to live with obesity,

Data for 1,658 type 2 diabetes patients who were referred to the Glasgow weight loss clinic were examined by researchers. Of those, 20% underwent successful weight loss of at least 5% after 16 weeks and attended seven out of nine weight management sessions. The remaining 1,325 either dropped out or failed to lose weight.

90.4% of individuals who lost 0.5% in the first three sessions over a period of four weeks experienced a favourable short-term result.

After three years, 8% of people had sustained a weight drop of at least 5%. Additionally, according to Al-Abdullah, a greater early weight loss of at least 2.5% in the first month boosted the likelihood of success even more.

It’s not enjoyable to live with obesity, Logue told Medscape Medical News. It’s a terrible stigmatised illness, and even medical experts treat those who have it horribly. It’s excellent that we have these programmes because I believe individuals believe they are doing their civic duty by mentioning them. However, if we make things more likely to fail, we could be making matters worse.

“That doesn’t imply that you shouldn’t send them at all, but we can see that there is a solution here. You can get involved. Not just your diet needs to change. Other elements have an impact on it. We need to get it perfect for them since not everything works for everyone, she explains.

Tags :
Early Weight Loss May Be Best Predictor of Long-Term SuccessEarly weight loss may be the best indicator of success over the long term.weight loss 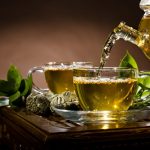 Previous Article Tea Consumption May Reduce The Risk Of Diabetes and Stroke. 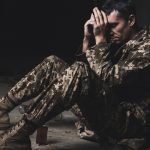 Next Article Study: Suicides Among Veterans May Be Significantly Underreported

6 Amazing and Healthy Budget Dinner Recipes That Will Keep You Full All Night Looking for healthy and budget dinner recipes? Look no further! From […]

4 fitness lessons from Sushmita Sen that will inspire you

Sushmita Sen never ceases to amaze with her workouts, which is why she is a girl in perfect shape. The former Miss Universe follows a […]