Anthony Elanga said Manchester United have “worked a lot” off the ball since the arrival of Erik ten Hag from Ajax because “we know we weren’t in shape last season”.

The club won both of their pre-season friendlies under Ten Haag and Elanga admitted the squad were focused on improving their fitness levels.

Elanga, 20, said: “We worked a lot, not only on the ball, but also off the ball. We know that we were not in shape last season.

“I think we are even more prepared this season, we run for the team, we run from the ball, we run with the ball, so elementary running and pressing is really important.

“That’s one of the things the manager has brought into the team and we’re really embracing it.”

The breakthrough of Elanga under the leadership of Rangnick was one of the bright spots in an otherwise uninteresting season.

The Swedish international scored three goals in 27 appearances in all competitions and added that he wanted to take his game “to the next level” under Ten Haag.

He added: “I want to build on what I did last season, make it even better. That’s why I use the preseason, I go game by game.

“I want to be even sharper. I feel good now. I am ready for the next game against Crystal Palace.

“I can play anywhere in the front three and when I say raise my game, I mean I want to be able to score more goals, make more assists.

“I want to be a Manchester United starter, which I think is the dream of every young lad who comes through the academy. That’s what I’m trying to achieve, what I’m aiming for.” 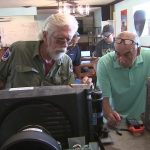