You might not believe that elderly individuals and youngsters with attention deficit hyperactivity disorder (ADHD) have much in common.

They have trouble staying motionless and concentrating on a job. While the elderly are excellent at sitting still, they frequently find it difficult to follow the discussion over a holiday dinner.

The issue is one of attention in both situations.

Yes, that should be clear to someone with an ADHD diagnosis. It is expressly stated in the name. The brain constantly looks for novel and intriguing distractions when someone has ADHD.

However, older people don’t look for diversions. The distractions that they encounter simply won’t go away.

According to Adam Gazzaley, MD, PhD, a professor of neurology at the University of California, San Francisco, “Focusing attention has two sides: ignoring and focusing.” The ability to weed out unimportant information deteriorates with age.

Because of this, Gazzaley created EndeavorRx, a therapeutic video game you may be familiar with, particularly if your child suffers from ADHD. The FDA gave the go-ahead for EndeavorRx, the first digital therapy to be licenced for any ailment, in 2020 to treat ADHD in children between the ages of 8 and 12.

You might be surprised to learn that the game was first designed to assist elderly. Or the fact that therapeutic games are currently being created and evaluated for a variety of ailments and demographics.

It is referred described as “experiential medicine” by Gazzaley, who claims it has one significant advantage over conventional medicine: It adapts to you. The game involves learning how to work with the patient as the patient learns to play the game.

The distinguishing factor between EndeavorRx and other commercial video games is its adaptive nature. It is a “adaptive closed-loop algorithm,” according to Gazzaley.

In plain English, the game adapts to the player. Better players face more difficult obstacles, but less skilled players can still progress through the game’s levels and earn its prizes.

Similar to the structural changes your body undergoes when you exercise, your brain also adapts to the challenges by changing how it is organized.

Your brain adjusts to difficulties by creating new connections between and within neural networks, much like your muscles do in response to strength training by being bigger and stronger. It applies to everyone regardless of age, whether you’re a young person who has perhaps played too many video games or an older adult who has never played one. (It should be noted that excessive gaming might be detrimental to your mental health.)

Neuroplasticity, the brain’s capacity to adapt to new knowledge, conditions, or demands, is experiential medicine’s main advantage over pharmacological therapies. Improvements in attention in daily life are a result of changes in the brain, and these changes continue to exist even after the patient has spent the allotted amount of time playing the game.

According to Gazzaley, “it just sticks, which is incredibly different from how pharmaceuticals function presently.”

One of the numerous possible uses is the treatment of ADHD in children.

According to Gazzaley, “The game has no specificity toward a particular pathology or age range.” In every demographic we’ve ever examined, it challenges the brain in a way that results in this benefit in sustained attention.

As an illustration, he and his UCSF colleagues have recently tested closed-loop games with individuals who have depression, multiple sclerosis, and lupus, all of which may impair concentration.

But it all began with a single, very particular group.

How video games evolved into therapy

Gazzaley began working with older patients in the early 2000s who were experiencing issues with their mental abilities for the first time.

They frequently claimed to be preoccupied, he recalls. They simply couldn’t keep their audience’s interest.

This prompted numerous investigations on the problem’s origin. For instance, his research team discovered that elderly adults were just as capable of maintaining attention as 20-year-olds in a 2005 study.

He says, “What they were failing to do was ignore.” There is so much unimportant data that has to be removed. That was the root of the impediment.

The impairment was found to be exacerbated by a reduction in the brain’s processing speed in a subsequent study that was published in 2008. Each interruption was more bothersome to older individuals than it would have been to their younger selves since it took them longer to evaluate if it needed their attention.

When elders try to multitask, or quickly switch their attention from one task to another, these difficulties become very evident. The capacity for multitasking normally peaks around the age of 20 and then drops over time.

When Gazzaley and his UCSF game development team released their preliminary findings in a significant study in 2013, it was their main concern.

Seniors who played the game NeuroRacer, which was the precursor of EndeavorRx, significantly improved their multitasking skills, and these gains persisted six months later.

That wasn’t all, though. The participants in the study also saw gains in sustained attention and working memory, which weren’t specifically addressed. It was the first instance of how therapeutic video games may specifically target and improve certain skills. However, it wouldn’t be the final.

which leads us back to young people who have ADHD.

Do You Have a Therapeutic Video Game Coming Up?

Success in school, the workplace, and daily life depends on having good working memory, which is the capacity to store information for long enough to employ it. It’s a higher-level executive function, just as the capacity for attentional concentration, therefore the two processes utilise some of the same neural networks in related regions of the brain. Working memory issues are one of the characteristics of ADHD, which is not a coincidence.

Yes, medications can be beneficial.

But playing video games also has this effect, according to a recent study. Commercial video game players aged nine and ten showed better working memory and reaction inhibition (the ability to stop oneself before allowing a distraction to take them off track) than nonplayers.

Fortunately, youngsters don’t have to play for hours on end to get the rewards.

The study’s lead author, Bader Chaarani, PhD, an assistant professor of psychiatry at the University of Vermont, adds that “we saw linear impacts in pretty much everything we looked at.”

He claims that compared to people who never played video games, light gamers who played for an hour or less each day exhibited similar benefits in cognition, response inhibition, and working memory. These effects fell between between those of hardcore video gamers and those of non-players.

This explains why studies on the neurological, physiological, and psychological effects of video games are receiving so much attention.

In addition to EndeavorRx, Gazzaley and his team have created a number of other apps for various demographics and tastes.

For instance, MediTrain employs digital technology to teach young adults how to master the age-old discipline of meditation.

Another game designed for seniors, Body-Brain Trainer, mixes exercise with cognitive training while employing a closed-loop algorithm to adapt both treatments to the user’s capabilities. Eight weeks of game use resulted in improvements in two fitness metrics (blood pressure and balance) as well as attention span.

In a later study, Gazzaley hopes to discuss how games with such diverse mechanics and tempos, such as an obstacle-dodging run, drumming, and slow-paced meditation, have similar effects on attention.

Again, this is analogous to exercise, where nearly any form of physical activity will enhance heart health and lower the risk of untimely death from any cause.

You may find efficient training plans to suit almost any combination of abilities and preferences because there are numerous routes to the same place. A fitness programme also allows you to move through it at your own pace.

As the field of therapeutic video games matures, that may be how we use them.

With so many different game kinds and populations, Gazzaley claims that “we’re acquiring a fuller knowledge of how you can push and pull these systems to reach these outcomes.” That is what inspires my enthusiasm for the future. 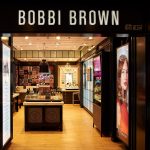 Previous Article Bobbi Brown’s Advice for Women: How to Live a Bold and Confident Life Next Article The Best Chewy Dog Treats: A Guide to Choosing The Right One

The key to getting back to sleep for those with “nightmare disorder,” which has been officially diagnosed, is learning to switch out negative dreams for […]

Due to a setback for Biogen Inc.’s Alzheimer’s disease medication, which drew strong payment limits due to concerns about its safety and effectiveness, Medicare Part […]

According to recent research from the National Institutes of Health, women who use chemical hair straightening treatments may have a higher chance of developing uterine […]

According to recent research, Israeli scientists have discovered a novel approach that may one day be used to treat type 2 diabetes. Your muscles not […]