How to light your photos and videos like a pro


To explain soft and hard light, Taylor uses the example of sunlight on a bright day (hard) and sunlight on a cloudy day (soft). On a bright day, the light comes from one small source – the Sun – and therefore creates a hard shadow. On a cloudy day, the light comes from all directions because it is scattered by the clouds, so there is little or no shadow. In the world of photography and videography, hard light is what comes from a small source like a bare flash, while soft light is what you’d get if you put a large diffuser (or softbox) in front of the flash.

The light position it can change a photo in many ways, whether it’s creating a silhouette, separating the subject from the background, or even lighting up the background itself. To illustrate the way in which the position of light can affect the impression of an image, Art Streiber uses the example of a flash on a camera, which immediately evokes the feeling of a captured moment at an event, or a paparazzi shot. If that flash is moved off the camera, perhaps hand-held at the end of an outstretched arm, the same shot creates a completely different impression.

The light intensity refers to how bright the light is, which translates in images to whether you want to create a natural look or make the scene look deliberately lit. David Hobby applies a cooking metaphor to dialing the intensity of light: “Taste the soup. You think, ‘He needs a little more salt.’ Add a little salt. The only real difference is that with lighting, if you add too much salt, you can easily put it right back.”

Carl Taylor says that most of our visual systems are not based on color, but rather on brightness and hue. “We see in black and white without realizing it.” Taylor uses the example of spots on a deer or stripes on a tiger, which don’t look very stealthy when viewed in color, but in terms of brightness to other animals that see in black and white, it’s brilliant camouflage. Taylor cautions that color can trick the eye into thinking an image is brighter than it actually is, so he often first adjusts the image’s brightness in black and white, and then he arranges the color, so that the color does not deceive his eye into a false sense of brightness.

The lighting stand can be quickly packed, so professionals build their lighting schemes step by step. “The first source of light is what is known as your ‘key light,'” says Austen Paul. Once you’ve determined where you want to place your first light, place the “filler light” on the opposite side. For most settings, the charging light is not as bright as the key light. According to Paul, one of the reasons for this is because the subject looks more 3D, and with the fill light slightly darker than your key light, you create a gradient from lighter to darker. 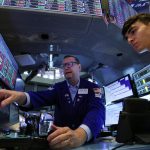 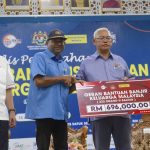 As the Twitter deal falls apart, Elon Musk fans are still calling him a billionaire genius

Reactions to Elon Musk’s attempt to back out of a deal to buy Twitter have been wide-ranging. On Wall Street, Twitter’s stock price fell by […]

It started from an accident. At the suggestion of a friend, I sent my 15-year-old the song “If You’re Feeling Sinister” by Bella and Sebastian. […]