Canadian international lawyer Robert Amsterdam unveiled his second book on the Fetullah Terrorist Organization (FETO) and how it deceives the US education system and taxpayers to fund its network of charter schools in the country during a presentation Thursday at an Istanbul hotel.

In “Empire Of Deceit: Vol II: Web of Influence,” Amsterdam sheds light on the organization of FETO-affiliated schools in the US and the corruption surrounding them, including financial wrongdoing and misconduct.

“It is absolutely clear beyond a shadow of a doubt that not only have the Gulen schools served as a vital source of funding for the Gulen Organization and FETO, but the corruption of US procurement is widespread,” Amsterdam said, referring to the US-based FETO leader. -in Fetullah Gulen, whom the Turkish government blames for orchestrating the failed coup attempt in Turkey on July 15, 2016, in which 251 people were killed and 2,734 wounded.

“We’re talking about what we estimate to be $4 billion … going into FETO’s coffers as a result of public funding and taxpayer funding of now 250 FETO schools across the U.S.,” added Amsterdam, who owns a law firm. Amsterdam & Partners (LLP).

“Let me just say that the Gulen schools are like a vital organ for the organization. This is both economically important and organizationally. We are talking about an economy that is estimated at four billion dollars. The economy in these schools is more like the American economy. from the pockets of taxpayers and 250 schools are financed with this money. These FETO deceptions are included in a 700-page book,” he added.

Amsterdam said the schools, which pledge allegiance to Gulen, were established and strengthened through ties to influential foundations such as the Rumi Forum, whose meetings have been attended by major US political figures, including Hillary Clinton, allowing FETO members to develop strong relationships there. politicians, while the American public was not aware of the close ties of such an organization to a terrorist group.

But FETO’s operations in the US have not been smooth since the US Department of Education looked at the first book in Amsterdam, “Empire of Deceit: An Investigation of the Gulen Charter School Network,” and now FETO must be transparent about its actions, including real estate deals through which it generates revenue by increasing its costs, according to Amsterdam.

Another highlight of his speech at the presentation was the relationship between FETO and Enes Kanter, the former NBA basketball player and self-proclaimed “adopted” son of FETO leader Gulen who now lectures in the American human rights community while developing deep ties. with American politicians.

“A self-styled human rights activist, critic of Turkey, but a man whose Gulenist credentials never seem to appear in the American press. He lectures to the Republican Party. He has his meetings in Congress. And no one in the Republican Party took the time to ask this foreign policy genius about his relationship with Gulen’s organization,” he said.

Something “very interesting” came up while the Amsterdam firm was looking into the connections of Kanter’s foundation – the Enes Kanter Freedom Foundation – with other institutions in the US, as it happens that this foundation was at the same address as a company called Arlington Strategic Supplies and Manufacturing LLC .

Moreover, FETO charter schools in the US charge American taxpayers for education while favoring white children and discriminating against black and minority children, he said, noting that this approach is completely contrary to American principles.

Comparing the terrorist organization to “cancer”, he said FETO also posed a threat to US security. The group is a complex mafia-like entity that steals from even the poorest people and is a foreign policy problem.

Ankara accuses FETO of being behind a long-running campaign to overthrow the Turkish state through infiltration of Turkish institutions; especially the army, police and judiciary.

The Anadolu Agency website contains only part of the news that is offered to subscribers in the AA News Broadcasting System (HAS), and that in a condensed form. Please contact us for subscription options. 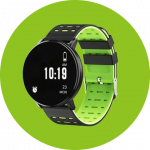 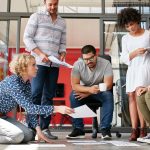 Next Article Some students want to be more than employees, but we overlook these potential entrepreneurs

This is a very special time of year when newly minted doctors begin their residency. It also marks the time when junior residents move on […]

Saving money on car financing can be easier than you think. Driva can help you save hundreds on interest rates and fees through easy comparisons. […]