Called the Inflation Reduction Act of 2022, the 755-page bill was passed by the Senate on Sunday and is now being discussed by the House this week. According to The Associated Press, it is estimated that the $740 billion package will cap seniors’ out-of-pocket prescription drug costs at $2,000, provide Americans with private insurance, and invest $375 billion to fight climate change.

Half of the money – or $300 billion – will go to reduce the deficit. It will be partly funded by a new corporate tax, according to the AP, including a 15% minimum tax on large corporations which earns more than $1 billion in annual profits to ensure they don’t skip on paying taxes. The other projected source of funding will be from lowered Medicare drug costs.

The AP reported that, despite the bill’s name, it is unclear whether it would impact inflation, though millions of Americans are expected to see some relief in health care and other expenses.

There were 50-50 votes in the Senate, with all Democrats in favor and all Republicans opposed. In the end, the tiebreaker in this situation was the Vice President Kamala Harris who cast the final 51-50 vote to pass the bill. House leaders expect to vote on the bill before Friday, AP reports.

How much do prescription drugs cost?

The legislation would allow Medicare to negotiate the price of prescription drugs with drug companies, and this would save the federal government around $288 billion over the next ten years.

New revenues will be spent on lowering the price of drugs, such as by mandating a $2,000 cap on costs for those purchasing prescriptions from a pharmacy. Seniors will have their insulin prices capped at $35 a dose.

Also, the money would be used to give older adults free vaccines, according to the AP.

The bill would extend subsidies from the COVID-19 pandemic, helping uninsured Americans by lowering the premiums for people who buy their own health care. These stipends are supposed to end this year, but the new legislation would extend it for 3 more years.

Over a decade, the AP reported, $375 billion would be invested into climate change programs, including investments in renewable energy production and tax rebates to encourage people to buy new or used electric vehicles.

There will be $60 billion allocated to create clean energy manufacturing and $30 billion allocated to establish production of wind and solar. The bill also provides tax credits for nuclear power and carbon capture technology, and places a fee on excess methane emissions from oil and gas drilling.

A late addition that is backed by legislators in Arizona, Colorado, and Nevada will provide $4 billion to combat the devastating drought currently plaguing the West, including conserving the Colorado River, which provides water to 40 million Americans.

Democrats have decided the aforementioned strategies could cut U.S. greenhouse gas emissions by 40% by 2030, according to a recent AP report. 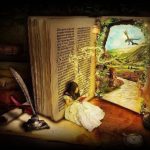 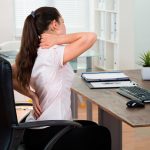 Parents, heed this advice: If your child has a stomach virus, do not send them to daycare or school. The key finding of a recent […]

The rental surveillance industry has emerged in recent years as a very real threat to activists, dissidents, journalists and human rights defenders around the world, […]