Meet the entrepreneurs who are turning Farmington into a coffee destination


In the fall, downtown Farmington will go from zero independent coffee shops to three independent coffee shops, transforming downtown into a coffee destination where visitors to the northwest suburbs can reliably find a cup of good, locally roasted coffee. And while the purveyors of soon-to-open coffee shops — Apothecary, Blue Hat and Ground Control — might see each other as competitors, the entrepreneurs behind these businesses have a refreshing view of their like-minded neighbors: Three coffee shops are opening within months of each other. others are not a threat to their own business, but an opportunity. 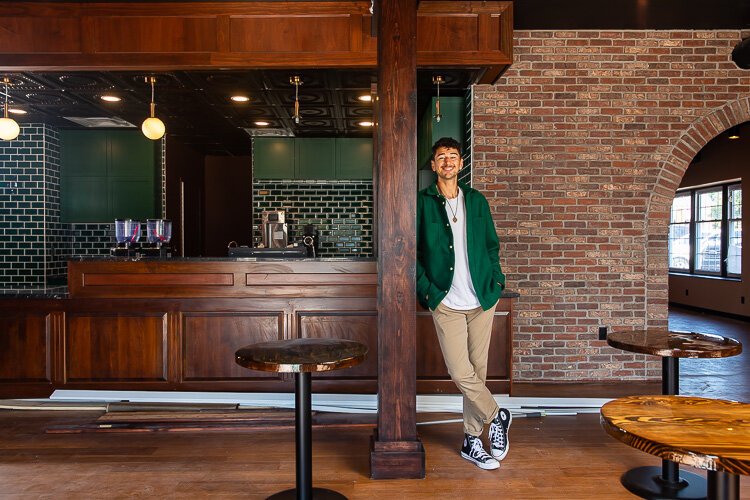 Miguel Williams, owner-operator of Apothecary Coffee & Espresso.
“My personal hobby is to go to Ann Arbor and Ypsilanti and plan my little coffee route of all the shops I want to visit. And then on the way you stop in different shops, look in different windows and you can make an afternoon out of it. I can’t tell you how excited I am to be able to do this at our center,” says Miguel Williams, owner-operator of Apothecary Espresso & Coffee.

“I think I mentioned in our previous interview that a rising tide lifts all boats, and that sentiment couldn’t be stronger than it is right now. It’s so exciting to see our own coffee culture in the community — because how many good things come after a cup of coffee, right? How many good things come after a morning coffee chat? That’s so, so cool that we’re going to get it in our center. And especially with the people behind it all.”

Brandon Sharp has been roasting coffee beans out of his Farmington home for the past few years, perfecting a craft that started as a hobby but is now the basis for Ground Control Coffee Roasters, a coffee company set to open in downtown Farmington later this summer. Trent Chapman and James McLaughlan round out the entrepreneurial team opening Ground Control, and they also have ties to the city. Chapman also grew up here and McLaughlan is now a resident; McLaughlan also owns Five Lakes CrossFit in nearby Farmington Hills. 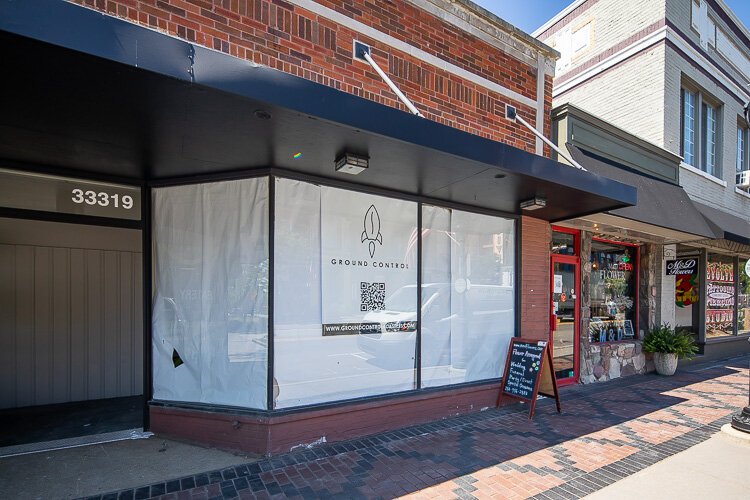 Ground Control Coffee Roasters is located at 33319 Grand River Ave. in downtown Farmington.Like Miguel Williams, McLaughlan says he and Sharp would also plan trips to other cities and organize them around visiting and discovering the best third-wave coffee shops that places like Ann Arbor, Chicago and Detroit have to offer; a kind of cafe tourism they hope to develop in Farmington. They had been considering the idea of ​​opening their own coffee roaster back in 2016. When Chapman joined the team — the missing link, McLaughlan says — Ground Control really started to grow. Each brings their own set of skills; Sharp and his talent for roasting coffee, McLaughlan and his entrepreneurial background, and Chapman, a culinary school-trained chef who has managed and opened several Starbucks locations, bringing day-to-day operational knowledge.

“I think we bring a lot of industry experience as well as a kind of obsessive team in terms of research and development – the fact that we roast our own coffee, the fact that we’re all pretty obsessed with learning about specialty coffees and tasting different coffees, different processing, different roast profiles; all those things,” says McLaughlan. “I think that adds an extra level of care to the glass, because we have our hands in multiple stages of production.”

What they’re building is Ground Control, a specialty coffee shop and coffee roaster that offers the quality coffee and espresso-based beverages you’d expect, but also some creative twists. They have their own nitro cold brew coffee, which can be ordered on its own, but they also use it to make things like the Cafe Paloma, a coffee mocktail. There is also an espresso tonic. Bakeries will be provided by Cannelle Pastries. 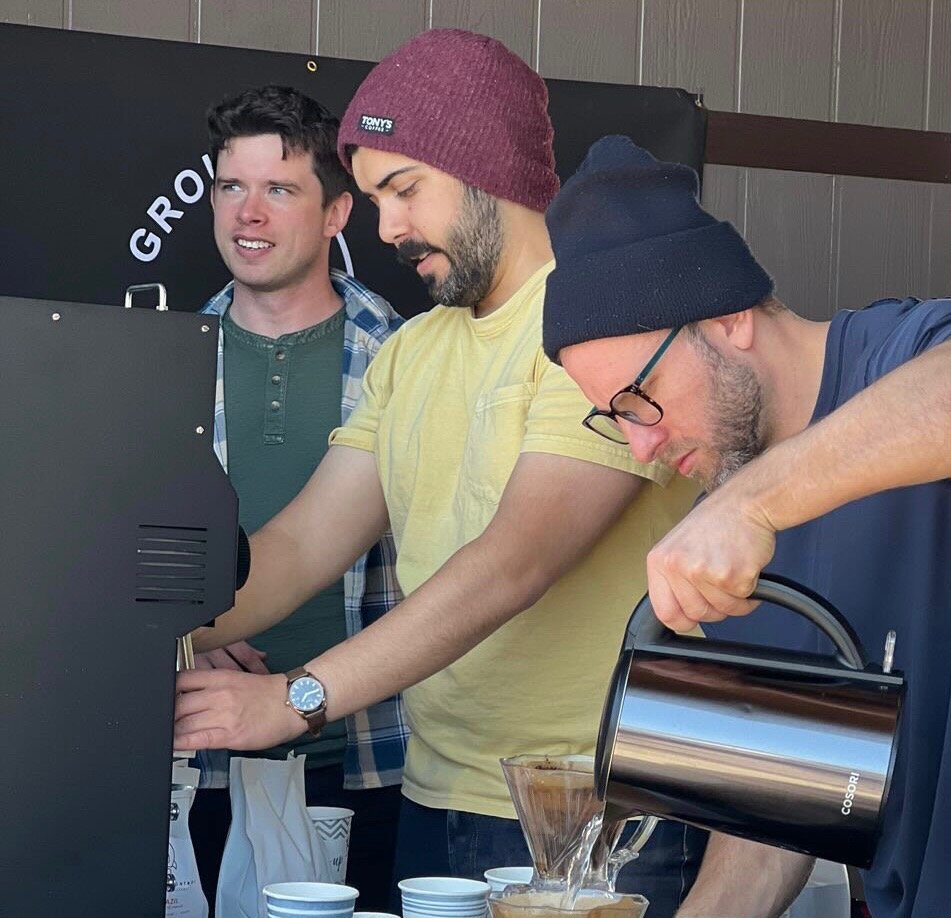 Owners of Ground Control Coffee Roasters serving coffee at the Farmington Farmers & Artisans Market (left to right): Trent Chapman, Brandon Sharp and James McLaughlan. (Photo courtesy of Andrea Lima)Cafe Paloma is already a big hit at the Farmington Farmers & Artisans Market, McLaughlan says. With three downtown cafes slated to open this year, the farmers market has done its part to introduce everyone to the community, with Apothecary, Blue Hat and Ground Control rotating vendor duties every Saturday. It’s the kind of community effort that will go a long way toward establishing each of the downtown stores, not as competitors, but as neighbors.

“I actually spoke to Miguel (Williams) the last time I was at the market. And what I told him is that there are really only four or five companies that make up 85 percent of the green coffee in the United States. And what we’re trying to do, as part of the other 15 percent, is to increase that 15 percent share; let’s increase it by 15 percent. I don’t want to fight about 15 percent – let’s see if we can break into 85 percent. That’s the type of discussion we’re having (with each other),” McLaughlin says of the other cafes that will open.

“That’s one of the encouraging things about the development of the coffee scene here. There is plenty of room for all of us to grow.”

The coffee grounds are filtered

Apothecary Coffee & Espresso is a true family affair, with each of the five Williams brothers and their parents helping to build the cafe. However, it is Miguel Williams’ baby. As an owner-operator, Miguel has been working on opening his dream coffee shop for over a year now; had hoped to open last summer, but supply chain issues delayed construction, a familiar story for each of the cafes featured here. But now they are close – really close. Miguel hopes to operate under a soft opening for the next few weeks. 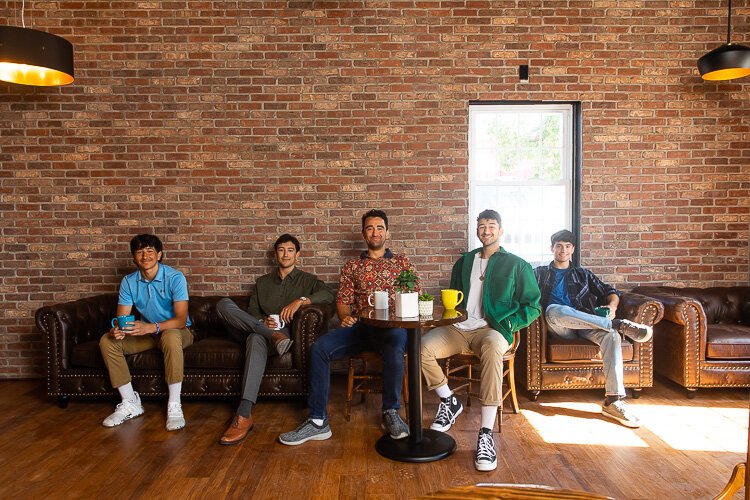 The Williams brothers (left to right): Francisco, Christopher, Joe, Miguel and Blaise.
On his coffee trips to other cities, Miguel turned to Ann Arbor Coffee Roasters to supply coffee for the apothecary. While he’s not ready to say where he’ll get his pastries from, he can say that most of their pastries will be nut-free and gluten-free.

While bringing quality, locally roasted coffee to downtown Farmington is a clear motivating factor for Miguel, he is also driven by a desire to create a home away from home for people, to escape the flip-and-burn model by quickly rotating customers in and out of the shop and providing a place where people feel comfortable spending a few hours of their day. Young people in Farmington, he says, especially crave a place that offers programming, and Miguel plans to make that happen, with comedy, poetry and music events planned. 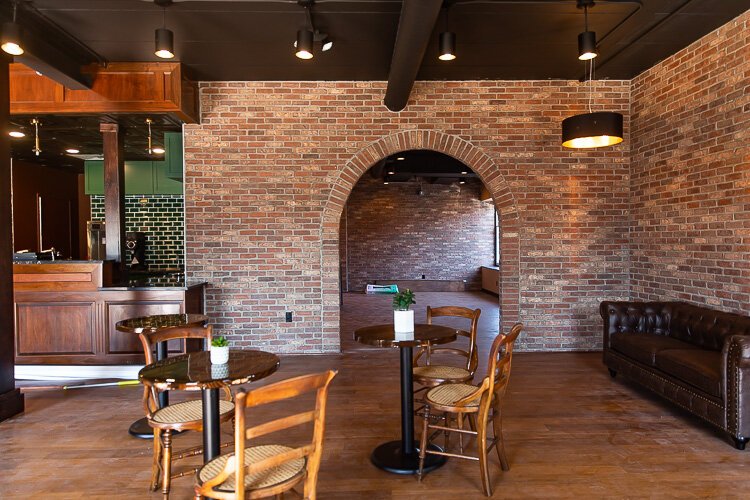 Williams wants the Apothecary to become a community center as well as a coffee shop, with comedy, poetry, music and more.
“We really want our space to be more of a community hub, a place where you can bring friends from out of town and hang out, or have some business meetings, or even, just in the evening, spend some time before you go out for a night out in downtown Farmington,” he says. he. 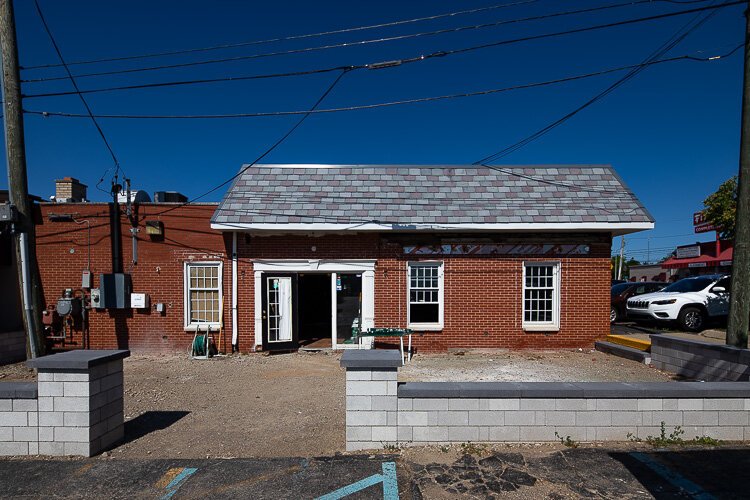 Apothecary Coffee & Espresso is located at 23366 Farmington Rd. in downtown Farmington.That Miguel Williams wants to integrate Apothecary into the larger downtown Farmington ecosystem should come as no surprise. In 2021, he became the youngest member of the city’s Downtown Development Authority (DDA) board at the age of 23. Both of his parents own businesses here. In fact, the Apothecary is moving into the space of his mother’s old Tre Sorelle boutique, and the Apothecary has made room for Tre Sorelle to reopen in the store itself as well.

Miguel says he’s excited for other cafes to open and that they’re just serving each other. He is already fantasizing about the collaboration for the sequel. His ideas have been released unofficially, but they are certainly exciting. 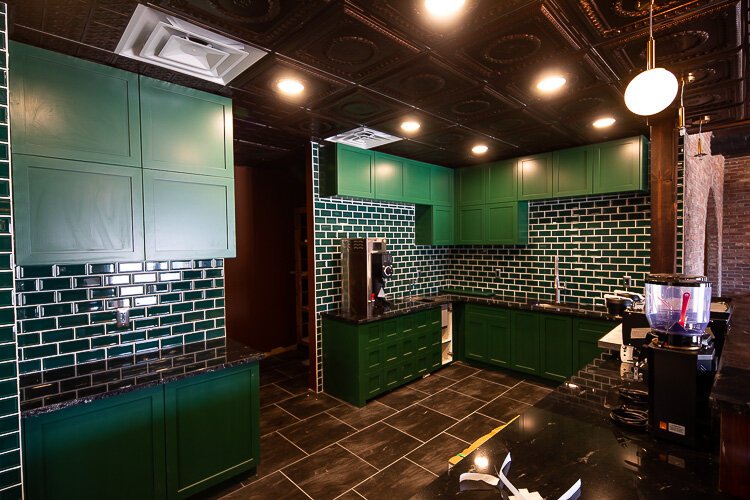 The pharmacy will operate under a soft opening — and soon.
“I think it’s everybody’s dream with what’s going on right now. I think downtown Farmington is becoming a coffee hub. Think about coffee and all the good things that happen because of it. I don’t think anyone can be mad about that,” he says.

“It’s the reason for so much excitement here. The other guys were killing him at the farmers market. And we talked about future cooperation. We can work together here. It is very much a collaborative relationship to build the future.”

Phillip Jewell has been working on building his Blue Hat Coffee space since he first got the keys to the place in November 2019. But renovating and building historic buildings takes time, and the Farmington Masonic Temple, which was built in 1876, is as historic as it gets around these parts. The COVID-19 pandemic and related supply chain issues and labor shortages certainly haven’t helped Blue Hat prepare for opening. 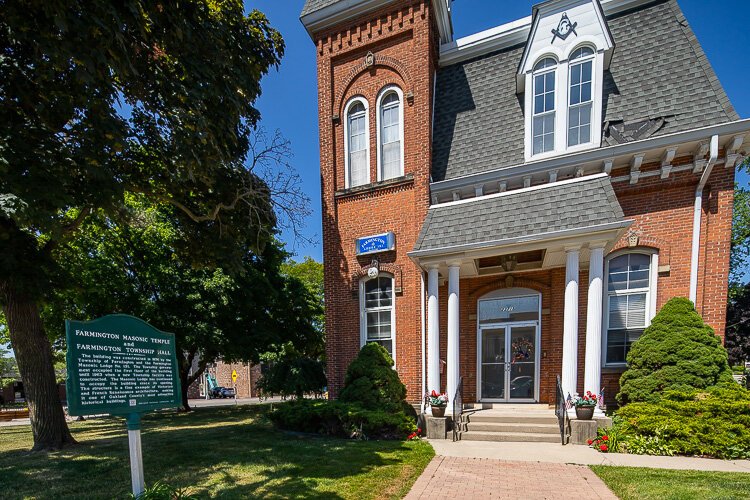 Blue Hat Coffee is located at 23715 Farmington Rd. in downtown Farmington.For Jewell, the time it takes to build his Masonic Temple space is well worth it, especially now that it’s nearing completion. Jewell expects Blue Hat Coffee to open sometime in September. He is currently finishing the interior, and then comes the outdoor terrace, which will be big enough for six to eight tables, he says.

“With historic buildings, there are always surprises,” says Jewell, including the 100-year-old tax receipts he found crammed into the walls. He gave most of them to the still active Masonic lodge upstairs, and kept three to be framed and hung in the cafe.

“You just go through things and say, Oh, that’s interesting. Oh, ok, we’ll have to do this. We went through the standard things you’d expect to find in historic buildings and then had to make some changes you didn’t expect. But that’s quite normal for an old building, because in most cases they change with time and you find things you don’t expect. But most of it is just spending the time it takes to make sure the things you’re doing are done right.” 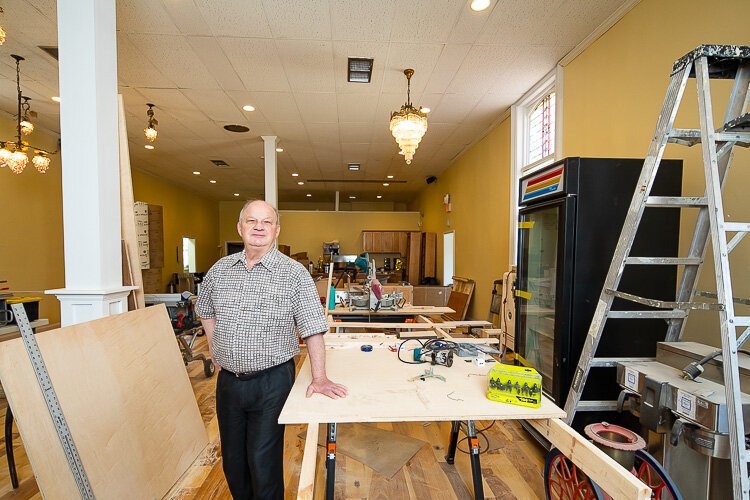 Phillip Jewell, Chief Operating Officer of Blue Hat Coffee.
Unlike Apothecary and Ground Control, Blue Hat Coffee is an established business, operating as a coffee shop in Coldwater from 2014 until the height of the COVID-19 pandemic in the spring of 2020. He plans to keep his coffee roasting operation in Coldwater while operating the coffee shop in Farmington. Another difference is that Blue Hat will operate as much as a restaurant as a cafe, with homemade bread and specialty sandwiches on the menu. There is even a possibility of them getting a liquor license in the future. 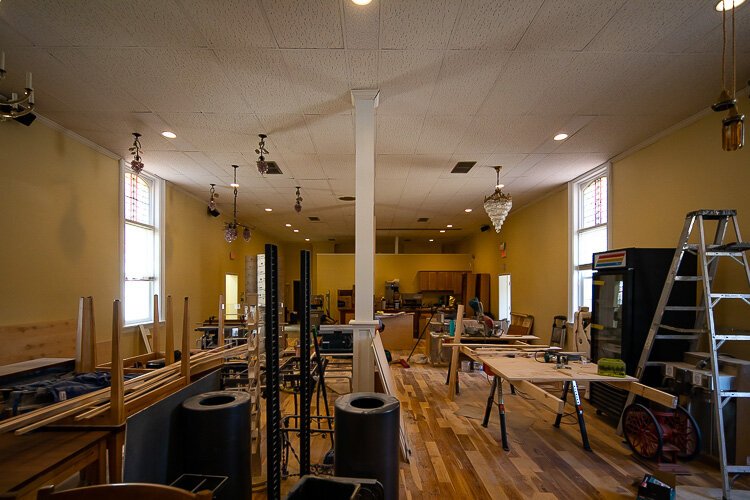 Jewell has been working on Blue Hat since late 2019.
While the Apothecary and Ground Control have taken off in the time since he started working on the Blue Hat, he’s not worried. Jewell believes Farmington is ready for all three.

“I think there’s a lot of room for growth here in the coffee area,” he says. “And you know, when we start, we will be more of a restaurant, more than a cafe. But we’ll still feature our coffee because we’ve gotten really good at it.” 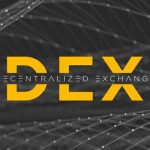 Next Article Supreme Finance, Plans to Launch Decentralized Exchange and

Is rebranding the right move for your company?

Opinions expressed by Entrepreneur associates are theirs. Nike, McDonald’s, Uber, Netflix: These companies operate in completely different industries, but they’re all similar in that they’ve […]

Center on Sixth concepts include large public art wrapped around the building’s facade. Drawing courtesy of the City of Des Moines The Des Moines City […]