Although there is now enough monkeypox vaccination to go around, a recent analysis suggests that the Americans who need it the most may still not be receiving it.

Despite making up a third of cases in the US, Black individuals have only received 10% of Jynneos vaccine doses, according to new statistics from the US Centers for Disease Control and Prevention.

Only 17 states and two localities were included in the most recent numbers, although other states and cities have already revealed similar inequalities. The majority of gay and bisexual males have been afflicted by the monkeypox outbreak thus far.

More than 17,000 infections are present in the US, which is more than any other nation. In the United States, men account for roughly 98% of cases, and around 93% of those men reported recent sexual intercourse with other men. Although the sickness has not claimed any lives in the United States, other nations have documented fatalities.

The alarming trend may have a number of causes, according to specialists. It can be the manner in which shots are advertised and supplied. Additionally, some Black men may not recognise their own increased risk of contracting the virus because they lack confidence in medical professionals and governmental public health initiatives.

When the COVID-19 vaccine was introduced, there was also vaccine resistance in Black communities, according to Dr. Yvens Laborde, the director of global health education at Ochsner Health in New Orleans. With monkeypox, he warned, “If we’re not vigilant, the same thing will happen here.”

According to Caitlin Rivers, a specialist in government response to epidemics at Johns Hopkins University, black men make up more monkeypox cases. She declared, “This is a problem that is not going away.

A sufficient amount of monkeypox vaccine has been sent, according to the Biden administration, to provide the first of two doses to people who are most at risk. Nearly 2 million males who identify as gay or bisexual. The AP pointed out that the CDC is unable to separate that data by race.

By the end of September, enough second doses should be available. Health experts have previously suggested reducing dosages as a workaround to extend the vaccine supply. Only 14 of the 67 jurisdictions, according to the Biden administration, have used enough vaccine to request additional from the federal stockpile.

Some scientists argue that the vaccination ought to be more widely available to black men.

At a White House meeting on Friday, CDC head Dr. Rochelle Walensky stated that her organisation had taken initiatives to improve vaccine access in Black communities. The AP said that vaccines and informational materials will be offered at the upcoming Black Pride celebrations in Atlanta and Southern Decadence in New Orleans.

As we begin to implement these pilot programmes, “we’ve seen that they are working,” she said.

Information on monkeypox can be found at the American Centers for Disease Control and Prevention. 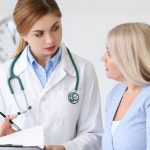 Previous Article Why Do We Make Health False Statements? 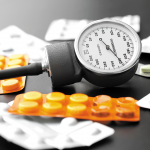 Next Article Is There a Best Time of Day to Take Your Blood Pressure Medicine?

According to a study published in the journal Ophthalmology, those who wear reusable contact lenses are around four times more likely to develop the sight-threatening […]

According to a recent study, if you want your skin to age more slowly and develop fewer wrinkles, put down your phone. Blue light from […]

Weary After a Long Day of Critical Thinking? Why is this

All day, you engaged in serious concentrate work. Right now, your brain is fried. wiped clean. Exhausted. However, you need to complete a project. Should […]