Health officials are looking into a parvovirus-like sickness that has killed more than 30 dogs in northern Michigan, the most of them within three days.

According to a Facebook post by the Otsego County Animal Shelter, the canines in Otsego County passed away after exhibiting canine parvovirus symptoms like vomiting and bloody stools, but tests for the virus came back negative. Unvaccinated dogs and puppies under the age of four months are most at danger from the highly contagious parvovirus, which affects the digestive system.

Around 1976, the disease made its debut in Europe; however, after a vaccine was created, cases declined. Direct touch between dogs or contact with contaminated faeces or environs are both ways in which it can spread.

The Otsego County Animal Shelter saw its first cases earlier this month. More than 30 canines experienced symptoms, but all of them passed away from the sickness, according to shelter director Melissa FitzGerald, who spoke to NBC News. Most of the dogs perished in less than three days, and the majority were puppies.

Similar cases have also been reported in northern and central Michigan, and the illness doesn’t favour any particular breed over others.

The best “guess” is that this is a strain of parvo, FitzGerald wrote on the shelter’s Facebook page. “No one has an answer,” he added.

Tags :
Michigan Officials Puzzled by Mysterious Deaths of DogsOfficials in Michigan are perplexed by the Mysterious deaths of dogs. 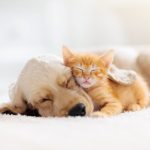 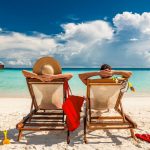 Next Article <strong>Vacation Diaries: How a Vacation Affects Your Body</strong>