Last month, physicists at Toronto-based startup Xanadu announced an unusual experiment Nature in which they generated seemingly random numbers. During the pandemic, they built a tabletop machine called Borealis, which consists of lasers, mirrors and over a kilometer of optical fiber. Inside the Borealis, 216 beams of infrared light bounced around through a complicated network of prisms. Then an array of detectors counted the number of photons in each beam after they passed through the prisms. In the end, the machine generated 216 numbers at once – one number corresponding to the number of photons in each respective beam.

Borealis is a quantum computer, and according to Xanadu researchers, this laser-powered dice roll is beyond the capabilities of classical or non-quantum computing. It took Borealis 36 microseconds to generate one set of 216 numbers from a complicated statistical distribution. They estimated that it would take Fugaku, the most powerful supercomputer at the time of the experiment, an average of 9,000 years to produce a set of numbers from the same distribution.

The experiment is the latest in a series of demonstrations of the so-called quantum advantage, where a quantum computer beats a top supercomputer at a specific task. The experiment “pushes the limits of the machines we can build,” says physicist Nicolas Quesada, a member of the Xanadu team who now works at Polytechnic Montreal.

“This is a major technological advance,” says Laura García-Álvarez of Chalmers University of Technology in Sweden, who was not involved in the experiment. “This device performed a calculation believed to be difficult for classical computers. But that doesn’t mean useful commercial quantum computing.”

So what exactly does Xanadu’s claim of quantum advantage mean? Caltech physicist John Preskill coined the concept in 2011 as “quantum supremacy,” which he described as “the point at which quantum computers can do things that classical computers can’t, regardless of whether those tasks are useful.” (Since then, many researchers in the field have switched to calling it “quantum advantage”, to avoid echoes of “white supremacy”. Xanadu’s paper actually calls it “quantum computational advantage” because they think that “quantum advantage” implies that the computer performed a useful task — which it did not.)

Preskill’s words suggested that achieving a quantum advantage would be a turning point, marking the beginning of a new technological era in which physicists will begin to devise useful tasks for quantum computers. Indeed, people anticipated the milestone so fervently that the first claim that a quantum computer was better than a classical one – by a Google researcher – was leaked in 2019.

But as more researchers claim a quantum edge for their machines, the meaning of the achievement has become murkier. First, the quantum lead does not mark the end of the race between quantum and classical computers. That’s the beginning.

Each claim of a quantum advantage has prompted other researchers to develop faster classical algorithms to challenge the claim. In Google’s case, its researchers conducted a random number generation experiment similar to Xanadu’s. They wrote that it would take a top supercomputer 10,000 years to generate a collection of numbers, while their quantum computer only needed 200 seconds. A month later, researchers at IBM claimed that Google had used the wrong classical comparison algorithm and that the supercomputer would only take 2.5 days. In 2021, a team using the Sunway TaihuLight supercomputer in China showed it could complete the task in 304 seconds – just a hair slower than Google’s quantum computer. An even bigger supercomputer could execute the algorithm in tens of seconds, says physicist Pan Zhang of the Chinese Academy of Sciences. That would put the classic PC back on top. 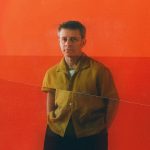 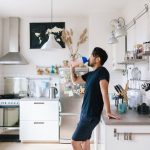 Children From an Elementary School Provide Supportive Remarks and a Pep Talk.

They had no idea that their phone line, which uses the voices of some of the students in their elementary school, would end up receiving […]

Could meditation be just as effective as a common drug in treating anxiety? Researchers asked this question in a study that was presented this week […]