According to members of Congress, the World Trade Center Health Program, which was established to provide medical care for 9/11 survivors and first responders, has a $3 billion shortfall.

In a letter to Rep. Frank Pallone of New Jersey, the Democratic chair of the Energy and Commerce Committee, U.S. Rep. Andrew Garbarino, a Republican from New York, stated that without additional funding, the programme would be unable to accept any additional sick responders or survivors after October 2024.

In the letter, which was also signed by 11 other House members, it was stated that “if Congress does not swiftly address this impending crisis, then the men and women who put their lives in danger and who survived the 9/11 terrorist attacks will lose health coverage to treat the physical and mental illnesses that they sustained on that fateful day.”

Since the terrorist attack on September 11, 2001, which brought down the World Trade Center and released dust and chemicals into lower Manhattan, a high rate of cancer and other health issues have plagued firefighters, police officers, and other first responders. This led to the establishment of the programme in 2015 to assist them. There are more than 100,000 enrolled.

Parties cannot agree on new funds for the programme.

According to the letter, The 9/11 Responder and Survivor Health Funding Correction Act, a blocked bipartisan bill launched in 2021, may resolve the issue if it were given a “full committee mark-up,” according to NBC News.

However, according to Pallone, the legislation has already been approved by his committee; therefore, it is “now up to the Senate to take action, and I encourage my Republican colleagues to start working on Senate Republicans, who have the capacity to enact this legislation,” according to NBC News.

The measure was included in President Joe Biden’s “Build Back Better” legislation after leaving Pallone’s committee, but it was scrapped last December, according to NBC News.

According to Garbarino, a standalone version of the measure ought to be reintroduced.

According to Garbarino of NBC News, “Fully funding this programme has bipartisan support and should be brought up for a stand-alone vote without delay,” he said. 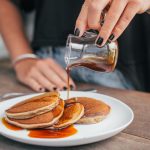 As school is starting all across the country, CNN reports that most children and teenagers are not vaccinated against COVID-19, and it is rising again […]