A Canadian programme suggests that giving “safer” opioids to people who are at high risk of overdosing is one method to save lives as the number of opioid overdose deaths continues to rise.

This is the finding of a research assessing Canada’s first official “safer opioid supply” programme, also known as SOS. By providing vulnerable individuals with an alternative to the increasingly risky opioid supply found on the black market, such initiatives seek to reduce overdoses.

In this instance, clients received daily doses of prescription opioid tablets from the London, Ontario-based programme in addition to fundamental medical treatment, guidance, and social services.

The 82 consumers who were the subject of the study experienced a sharp reduction in ER visits and hospital stays as a result, the researchers discovered. Furthermore, during those six years, there were no overdose deaths.

Thomas Kerr, head of research at the British Columbia Centre on Substance Use in Vancouver, Canada, said, “I think this is a landmark study.

SOS programmes are debatable and have detractors, according to Kerr, who was not part in the study. Concerns have been raised about the sale of opioid pills and the threat of overdose or infection from people injecting crushed tablets.

However, Kerr noted, there have been complaints about safer supplies in the lack of information.

He said that false information had obscured the entire dialogue. “We can’t rely on people’s opinions when we’re discussing life and death issues.”

The new findings, according to Kerr, “will dampen some of the disinformation,”

The research was released on September 19 in the CMAJ (Canadian Medical Association Journal). It happens in the midst of a worsening opioid epidemic.

Opioid overdose deaths have been on the rise in the US for some time, and things became worse when the pandemic started. According to the U.S. Centers for Disease Control and Prevention, approximately 92,000 Americans overdosed and died in 2020, with opioids accounting for the majority of those deaths.

According to health officials, the painkiller fentanyl, a synthetic opioid that is 50 times more strong than heroin, has mostly been responsible for the problem. Fentanyl distributed illegally comes in a variety of forms, including pills that resemble other opioid prescription medications. In order to increase the potency of other illegal narcotics like cocaine and heroin, it is frequently added with them. As a result, users frequently aren’t aware they’re taking fentanyl.

The foundation of safer supply initiatives is the harm reduction theory, which holds that opioid overdoses, infections, and other side effects can be avoided without forcing drug users to abstain entirely.

The new data are from a programme that London InterCommunity Health Centre started in 2016. It offers customers daily hydromorphone (Dilaudid) tablets in addition to a wide range of other services, such as primary healthcare, HIV and hepatitis C treatment, counselling, assistance with finding housing, and other social services.

The researchers examined information on all 94 participants who enrolled in the programme between 2016 and March 2019 under the direction of Unity Health Toronto researcher Tara Gomes. They contrasted 82 of those patients with 303 non-participants in the programme who had been diagnosed with opioid addiction.

The study discovered that over the course of a year, programme participants’ emergency room visits and hospitalizations decreased, whereas they did not alter for the comparison group. Additionally, while customers’ annual out-of-pocket health care expenses decreased from an average of $15,600 to $7,300 while they were still paying for their prescription medications, which were covered by Ontario’s prescription drug plan.

Associate professor at Yale School of Medicine in New Haven, Connecticut, Dr. Sandra Springer has contributed to the development of practise recommendations for the American Society of Addiction Medicine.

According to Springer, who was not involved in the study, “this study is more proof that programmes that meet patients where they are and provide convenient access to clinical care for the treatment of opioid use disorder can save more lives and lower health care expenditures.”

Medication-assisted therapy, which includes counselling and drugs like buprenorphine, methadone, and naltrexone, can treat opioid dependency in and of itself.

While standard drugs for the treatment of opioid use disorder were not made available to all participants in this SOS programme, Springer noted that patients still had access to them through the programme.

She added that other research has demonstrated that drug users are more likely to accept “evidence-based therapy” when given “compassionate care.”

The locations are the nation’s first overdose prevention facilities to get widespread public recognition.

In response to an opioid problem that is only getting worse, Kerr stated that “the status quo reaction is not sufficient.”

He stated that innovative methods must be tried and scientifically assessed.

More information on opioid use disorder is available from the US National Institute on Drug Abuse. 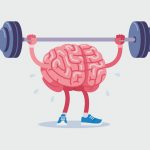 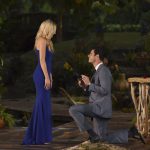 Why Do We Make Health False Statements?

Before our virtual consultation, the nurse practitioner gave me a call and asked me a few quick questions. “Have you recently felt depressed?” No, I […]

Although there is now enough monkeypox vaccination to go around, a recent analysis suggests that the Americans who need it the most may still not […]

For its part in the teen vaping crisis, Juul will pay $438.5 million.

Without admitting guilt, Juul Labs announced on Tuesday that it would pay $438.5 million to resolve hundreds of cases over business practises that may have […]

In the near future, anyone seeking to avoid wrinkles will have a new choice thanks to the U.S. The first Botox rival in many years […]