According to a study published in The Lancet, people with COVID are more likely to develop mental disorders such as dementia, psychosis, or brain fog two years after being infected than people with other respiratory illnesses.

An Oxford study examined medical records of about 1.3 million people who had COVID between Jan. 20, 2020, and April 13, 2022, and compared them with similar records from people who had other respiratory conditions. The majority of patients came from the United States.

Researchers said it was encouraging that anxiety and depression risks for COVID patients were “transient,” declining rapidly two months after infection.

In contrast, the study showed a high risk of neurological and mental health conditions like dementia, brain fog, and epilepsy or seizures to still be at the end of the two-year study period.

As Max Taquet, MD, who led the study, said in a news release from the University of Oxford, “The findings shed new light on the long-term mental and brain health consequences of COVID-19 infection.”

“The results have implications for patients and health services, suggesting that more research is needed into why this occurs after COVID-19 and how to prevent or treat these disorders if they do occur.”

Cognitive deficit, or brain fog, has been a persistent problem throughout the long term.

In The Guardian’s findings, 5.5% of people reported feeling brain fog, while 6.4% of people on COVID reported brain fog after two years.

Within two years, 15.4% of the 65+ population developed brain fog and 4.5% developed dementia, as compared to 12.3% and 3.3% of the control group, respectively, who reported both diagnoses.

According to the records, children receiving COVID had fewer follow-up problems than adults, and this was still true after two years, though they still had a higher incidence of conditions such as seizures than children in the control group.

There was no discernible difference in the risk of post-infection problems between the Omicron and Delta waves.

“According to a news release, “it’s good news that excess depression and anxiety after COVID-19 are short-lived, and that they’re not observed in children,” study leader Paul Harrison of the Department of Psychiatry at the University of Oxford said.

“It is worrying that some other disorders, such as dementia and seizures, are still more likely to be diagnosed after COVID-19, even two years later. “In addition, Omicron is followed by similar rates of these diagnoses, even though it is less severe than acute illness.” 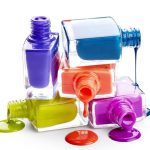 Previous Article The Truth About Non-Toxic Nail Polish, Plus the Best Alternative for Put Together Nails Next Article The FDA Warns About Illegal Nicotine Gummies

Ahead of this new era of moon landings, a series of new PSR studies have revealed that these shadowed regions are even stranger than scientists […]

there is no denying it that Apple devices are expensive. And it doesn’t help that they almost never sell. But thanks to Amazon’s annual Prime […]