In June, Twitter received an ultimatum from the Indian government to remove around 39 accounts and content from its platform. Sources familiar with the order say it states that if Twitter refuses to comply, its chief compliance officer could face criminal charges. They say it also stated that the company would lose “safe harbor” protections, meaning it would no longer be protected from liability for content created by its users. This is an escalation of a series of “block orders”, or content removal orders, sent by India’s Ministry of Electronics and Information Technology, which have increased significantly over the past 18 months.

Last week, Twitter responded: They will take the Indian government to court.

While the dispute itself only deals with specific accounts and pieces of content, experts told WIRED that its outcome could have far-reaching repercussions and serve as “a bellwether for this ongoing battle for Internet freedom,” says Allie Funk, director of technology and democracy research at Freedom House.

Twitter’s lawsuit specifically focuses on Section 69A of India’s Information Technology Act. Passed in 2000, the laws allow the government to issue blocking orders, requiring an intermediary – in this case Twitter – to remove content the government deems to pose a risk to India’s security or sovereignty. The court filing is not yet public, but it claims that the government’s demands are excessive, sometimes targeting entire accounts, according to sources familiar with the filing.

Jason Pielemeier, executive director of the Global Network Initiative, says Twitter’s lawsuit has implications beyond social media platforms. “It will resonate for all intermediaries,” he said. “Intermediaries as defined by Indian law include mobile network operators as well as ISPs. So it’s really applicable to anything that can be considered a choke point for content restriction or censorship.” If Twitter loses in court, it could pave the way for the government to censor entire websites as well as media on streaming platforms like Netflix or Amazon Prime, and could make it harder for platforms and companies to opt out.

“Around 2010 or 2011, the government put in place the rules for those earlier powers,” says Raman Jit Singh Chima, senior international advisor and policy director for Asia Pacific at Access Now. These more recent additions to the 2009 law prevented platforms from publicly disclosing blocking orders they received. “Even at the time there was a lot of criticism that said the rules gave all the power to the executive branch.” Twitter’s case does not seek to challenge the constitutionality of 69A, but instead alleges that some of the blocking orders do not meet the government’s standards for determining why content should be removed, and that such orders violate users’ free speech rights.

Because India’s IT laws allow the government to issue blocking orders in secret, it is particularly difficult for individual users to understand why their content is censored or to try to overturn the government’s decision. In 2018, the government issued an order to block the satirical website www.dowrycalculator.com, owned by journalist Tanul Thakur, who was not informed why the site was blocked and launched a legal battle to find out. The government claimed Thakur’s site promoted dowry, which is illegal in India but still exists in many places. In 2018, Thakur told Outlook India that the site was meant to highlight this “prominent social evil”. 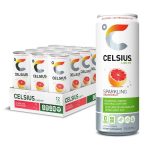 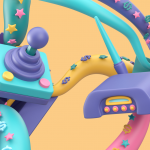 eSIM can dramatically change the way you use your smartphone. Unlike removable SIM cards, eSIMs are a permanent part of your phone and allow you […]

The Danger of License Plate Readers in Post-Roe America

Motorola Solutions did not respond to a request for comment prior to publication. Stanley says ALPRs are more concentrated in metropolitan areas, but are also […]