In the U.S., diagnoses of Lyme disease have exploded over the past 15 years, jumping 357% in rural areas and 65% in urban areas, according to FAIR Health data.

Increasingly, tick-borne illnesses are becoming a concern nationally, not just in the places where Lyme disease has been historically reported.

Gelburd said, “FAIR Health would continue to use its claims data repository to provide actionable and relevant insights to healthcare stakeholders seeking to better understand the growth of Lyme disease cases.”

The number of cases peaked during the summer months, when people spend more time outside in grassy areas, wooded areas, parks, and fields where ticks reside. Lyme disease diagnoses were more common in rural areas from June to July, but from November to April, they occurred more frequently in urban areas.

Historically, Lyme disease cases have been primarily confined to the Northeast and Upper Midwest, but the disease has been spreading. In 2017, the highest rates were found in New Jersey, Connecticut, North Carolina, Rhode Island, and Vermont. North Carolina, which had the third-highest rate of diagnoses, was a surprise to researchers.

However, in 2021, North Carolina did not make the top five. The state with the most Lyme disease diagnoses was New Jersey, followed by Vermont, Maine, Rhode Island, and Connecticut. As Maine ranked third on the list, researchers were concerned about “the spread of tick-borne illnesses in the state.”

The data showed that Lyme disease can affect patients long after treatment for it, also known as chronic Lyme disease. While antibiotics can treat this illness, some patients develop long-term symptoms including fatigue, mental dysfunction, and muscle and joint pain. FAIR Health found that patients with Lyme disease often suffered from malaise, fatigue, and soft tissue issues.

Most Lyme disease cases are mild, and some people may not realize they are ill. But in severe, untreated cases, it can infect major organs like the heart, joints, and nervous system, causing neurological symptoms to come up a month or two after the infection. Symptoms of severe complications include meningitis, inflammation of the brain, as well as temporary weakness of the limbs. 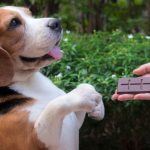 Previous Article How Much Chocolate is Dangerous for Your Dog? 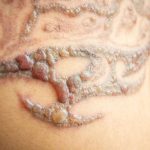 Researchers found that teens who frequently drink alone are at higher risk of developing alcohol use disorders later in life. In the journal Alcoholism, a […]