What, exactly, does the Metaverse Standards Forum create?


Rather than focusing on what the metaverse means in a future-proofing way, the Metaverse Standards Forum is designed to focus on the building blocks of what developers need today. Other people (like me) can argue about the nomenclature.

When designing virtual worlds – and especially those worlds intended to interact with real ones – dealing with massive amounts of data is inevitable. Each object or character in a video game consists of geometric data (that is, the shape of the object), textures, physical properties such as weight and mass, behavior, animations, sounds, and more.

Khronos hopes that the MSF standards will make much of that data as easily interoperable as, say, JPEG is today. JPEGs are known to be so easily portable and so widely supported that no amount of cryptography can prevent someone from right-clicking and saving it. By comparison, 3D objects often don’t even know which way is up. Move an item from one game engine to another and – if you can import it at all – it may crash.

This is where one Khronos project, GLTF, aims to help. This open standard, originally published in 2015, competes with other 3D formats such as OBJ and FBX files. Allegorically, you can think of OBJ as the old BMP files: they’re technically images, but the format is extremely limited, inefficient, and unwieldy. Meanwhile, FBX is a bit like PSD. They are more powerful, but it is a proprietary format owned by one company.

In this painfully far-fetched metaphor, GLTF would be a bit like the JPEG of the 3D world. Or at least Khronos hopes it will be. Part of what made the JPEG format so crucial was that it was an open standard that was lightweight and useful enough to gain widespread adoption. GLTF may become just as popular, or it may end up just another item in a long list of file types you can import into Blender but never use.

But the need for interoperable standards will always exist, if only as a check on proprietary technology. “If there’s a big lag between the technology that becomes available and the standard that makes it publicly available,” explains Trevette, “then there’s a danger that proprietary technologies will be baked into the infrastructure of the metaverse, and I don’t think anyone really wants that.”

“But if the standard is not available, you have no choice.”

If you’re having a hard time wrapping your head around the idea of ​​developing standards for a virtual world that may never exist, don’t worry. You are not alone. Despite Khronos calling it the Metaverse Standards Forum—which, as Khronos is careful to note, it’s helping to start but won’t be running in the future—MSF isn’t too concerned with defining what the metaverse means. Or even if the term is still used at all.

“And that texturing, the ‘metaverse’, could be replaced. I don’t think it really matters. You know, it could go down the ‘information superhighway.’ We don’t use that texture anymore,” says Trevette. Indeed, even though no one uses the word “cyberspace” anymore, we still use the Internet he once described.

But the idea of ​​a fantasy virtual world, no matter how impractical or even undesirable, is more exciting than sitting people down and explaining the importance of interoperable, non-secure data exchange formats. Meanwhile, a wide range of exciting technologies, from virtual film production to photogrammetry to augmented reality, are changing the way we interact with the Internet.

Will it manifest as Ready for the first player? Or will it just be a collection of different industries that do a lot of really cool stuff, but don’t necessarily mesh together into a single fantasy world? Hard to say. Well, maybe not that difficult. But no matter what the future is, someone has to build it. 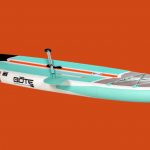 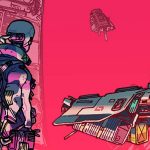 Wendy’s is removing romaine lettuce from all its sandwiches in the tri-state area of Michigan, Ohio, and Pennsylvania because people in that area became sick […]

86% of Children have Antibodies Against COVID From Infection

According to new CDC data, nearly 9 out of 10 children in the United States under the age of 17 had antibodies from a prior […]