Finally, we have the crane itself. I stopped some of the unimportant forces – the most critical ones being the forces of the magnet and the cart pulling in opposite directions.

All these objects have a net force of zero. That’s the important part: with zero net force, there will be zero acceleration. These three objects that start at zero velocity will stay at zero. It won’t budge. It won’t work.

I think part of the reason it’s hard to see why this won’t work is because you can’t directly see the attractive interaction between the magnet and the cart. That makes it look like magic – and magic can make things happen.

It doesn’t move, and I don’t think anyone would expect that. But it’s basically the same as a magnetic cart.

I like to use old cartoons as examples, and in Looney Tunes Road Runner series, Wile E. Coyote is always trying to find new ways to catch a fast-moving bird—or maybe a silly rabbit. He usually gets things wrong, but every once in a while he’s just right. Well, that’s right.

In the episode below, he puts in some bird seed with extra iron. After being eaten by the Road Runner, Wile E. attaches a magnet to himself so he can capture the bird.

Of course, it doesn’t work, because in the cartoon a magnet attracts a moving train, so Wile E. crashes into it. And, more realistically, in this case the magnetic interaction would produce an extremely tiny force that would not be sufficient to overcome friction.

However, the main idea is at least based on something real. Did you notice that with this Wile E. Coyote method, the magnet and the iron are attached to two separate things? That’s the important part. Remember that forces come in pairs. The magnet pulls the Road Runner, but the Road Runner pulls the magnet. Since the magnet’s force is on the Road Runner and not on any part of Wile E., this means that those forces do not cancel out and he is able to zoom to his own destruction.

In the end, when things seem too good to be true, they probably are. 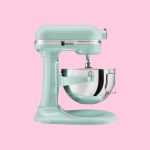 According to new U.S. government statistics, the Jynneos vaccine, which was initially developed to prevent smallpox infection, also appears to guard against monkeypox. Despite two […]

Experts predict that Long COVID might cost the economy trillions.

Long COVID is expected to cost the American economy trillions of dollars and will almost surely have an impact on a variety of industries, including […]

Weight loss Ads for are now switch off of Instagram

Instagram users can now filter out advertisements on a variety of topics, including weight loss programs. The Instagram app didn’t make any direct statements about […]