According to a Kaiser Family Foundation survey, Americans are not particularly excited about the new bivalent COVID-19 booster vaccine, if they have even heard of it.

A little over two-third of those surveyed say they won’t be having the booster shot anytime soon, if ever. According to the survey, 14% of respondents indicated they “certainly” would not purchase the upgraded booster, 10% said they would only do so if necessary, and 18% said they would wait and see. 27 percent of respondents claimed that because they are either unvaccinated or only partially vaccinated, they are not eligible to receive the booster shot.

A third of respondents gave a positive answer, with 27% saying they would acquire the booster as soon as possible and 5% reporting they had already received it.

About half of those who responded to the poll stated they knew little to nothing about the COVID-19 booster shot.

According to KFF President Drew Altman, “America is not running out to acquire the new booster.” In a nation that appears to have mostly moved on, it is hardly unexpected that most people are only vaguely aware of it.

A nationally representative sample of 1,534 persons was surveyed by the foundation between September 15 and 26 through phone and online.

The KFF poll found that older persons, who are the most at risk, were more enthusiastic about the booster, with 8% of those over 65 reporting having received it and 37% intending to do so as soon as possible. 22 percent of people over 65 will wait and see, 6 percent will receive a booster shot if necessary, and 11 percent will unquestionably forego the new vaccine.

Early in September, the new booster became available. The CDC suggests it for fully immunised adults over the age of 12. The booster was altered to provide defence against the BA.4 and BA.5 subvariants of the Omicron strain that are currently in circulation.

Recent figures from the CDC show that the bivalent booster has been administered to approximately 7.6 million people. According to Reuters, that represents around 3.5% of the eligible population. Previous Article Have Another Cup: Coffee May Increase Life Expectancy 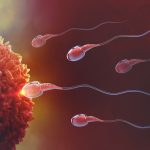 Next Article Sperm Swim Collectively for a Reason

A “Very Rare” Tumour was Removed from Khloe Kardashian’s Face.

Celebrity Khloe Kardashian revealed on Tuesday that she had battled skin cancer twice, the second time on her face. Kardashian said that Beverly Hills surgeon […]

According to a recent technical brief from the CDC, the monkeypox virus could continue to circulate at a low level indefinitely and is unlikely to […]

Manufacturers wind turbines have been working for many decades to harness one of the most powerful forces in nature. They moved from onshore to offshore […]