If you exercise a little harder, a recent study published in the European Heart Journal suggests that you can complete all of your daily activity requirements in just 8 minutes.

According to study, 54 minutes of intense exercise five days a week can cut your risk of early mortality from any cause by 36% and your likelihood of developing heart disease by 35%.

More than 71,000 participants in a study in the United Kingdom had fitness trackers that collected data, which researchers used to investigate the participants’ health over the ensuing years.

The study found that while greater time spent exercising naturally improved health, the preventive effects of exercise begin to plateau after a given amount of time.

These will reduce a person’s risk of cardiovascular disease when taken together. Exercise can help reduce bodily inflammation, which will reduce the likelihood of developing some cancers, the expert said.

The CDC advises engaging in at least 150 minutes of “moderate intensity” activity per week, such as brisk walking. It also suggests that you engage in intense activity, such as running, for 75 minutes per week. The CDC also suggests engaging in muscle-strengthening exercises like weightlifting at least twice each week.

However, the most recent statistics from the National Center for Health Statistics show that only 54% of Americans really succeed in getting their recommended 150 minutes of aerobic activity each week. Only 24% of people manage to fit in the two advised strength sessions.

Therefore, 8 minutes each day—instead of 30—could convince folks with busy schedules to get the exercise they require.

One of the most common excuses given for not exercising, according to Ahmadi, is a lack of time.

Exercise that is vigorous doesn’t require you to run, bike, or lift weights. When a physical activity exceeds 6 times your resting metabolic rate, or MET, it is deemed “vigorous” by scientists. That covers all types of demanding activity, such as dancing at a club or carrying groceries upstairs.

All of these activities, according to Ahmadi, are advantageous.

He advises spreading out your heart-pumping activities throughout the day in 2-minute bursts to get the biggest benefit in the shortest amount of time. If you’re using a smartwatch or other heart-rate-tracking gadget, you’ll be over the threshold if your heartbeat is at 77% of your maximum heart rate or higher (which most fitness trackers help you calculate).

According to Ahmadi, the simplest way for someone to tell if they are engaging in rigorous activity is if they are breathing so heavily that it is challenging for them to carry on a conversation or complete a sentence while doing so. To put it another way, you know you’re in the zone when you’re exhaling heavily.

Tags :
All You Need Is 8 Minutes of Exercise a DayExercise 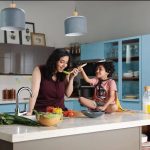 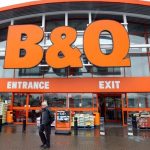 Next Article Home Inspiration From B&Q: The Ultimate Guide

It is said that the body achieves what the mind believes. But if you don’t have that much faith in yourself, then trust that your […]

Slicing marbles to the beat of your favorite song, jumping and bending under laser beams, or orcs fighting with swords in the middle of the […]

Whether the competition was a boy or a girl never mattered to Kayla Blood. If you lined up against her, her mindset should have been […]