Prince Harry is once again preaching about the importance of achieving ‘peak mental fitness’, insisting that people need to focus on ‘flexing their minds’ rather than ‘fixing’ them in order to ‘unlock the greatness within them’.

The 37-year-old shared insight into how he maintains his own ‘mental fitness’ every day while starring in a new campaign video for $4.7 billion mental health start-up BetterUp – which hired the Duke of Sussex as its Chief Impact Officer in March of last year.

In the short film, Harry interviews three different people – including two-time Olympic gold medal-winning snowboarder Chloe Kim – about their own mental health practices, while promoting the company’s online life coaching services, revealing how working with his own coach has enabled him to ‘thrive’ in his day-to-day life.

‘We all have greatness within us,’ the father-of-two says at the start of the five-minute short film. ‘Mental fitness helps us unlock it. It’s an ongoing practice, one where you approach your mind as something to flex, not fix.’ 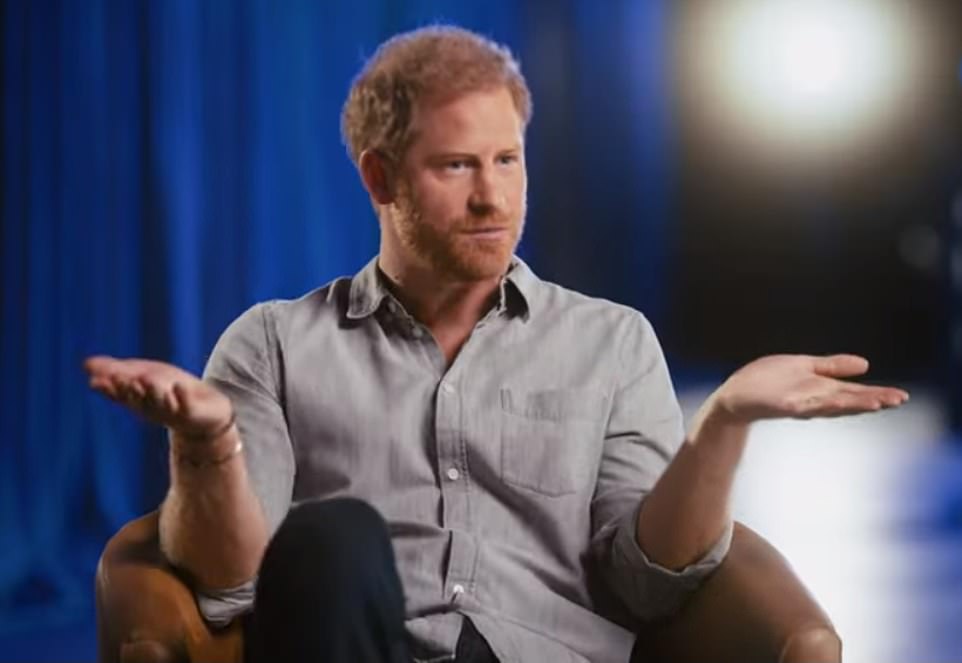 Prince Harry is once again preaching about the importance of achieving ‘peak mental fitness’ while starring in a new campaign for $4.7 billion mental health start-up BetterUp, which hired the Duke as its Chief Impact Officer in March 2021 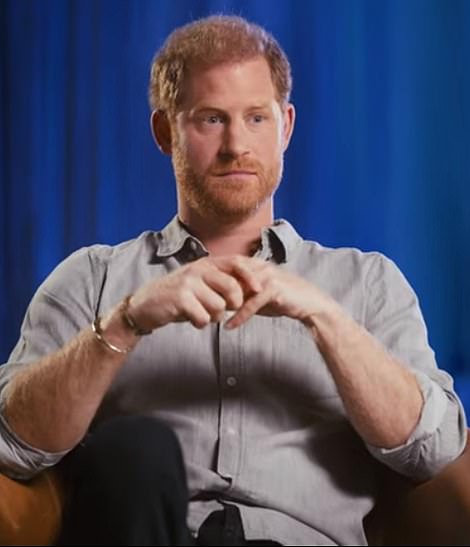 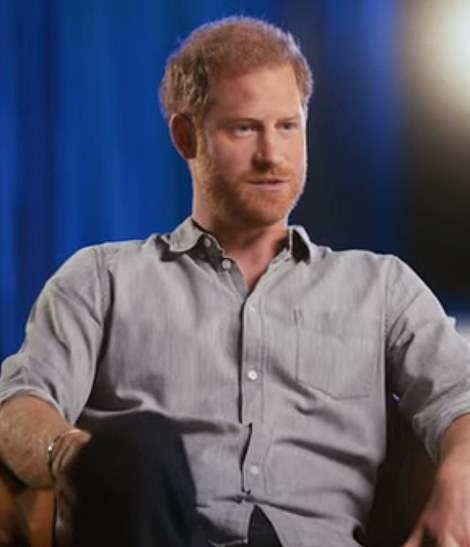 In the five-minute short film, the 37-year-old claimed that people need to focus on ‘flexing their minds’ rather than ‘fixing’ them in order to ‘unlock the greatness within them’

The Duke of Sussex – who currently resides in a $14 million mansion in Montecito with is wife Meghan Markle, 40, and their two children, Archie and Lilibet – went on to discuss his experiences of seeing ‘trauma, loss, grief’ while ‘traveling around the world’.

‘Throughout the years of traveling around the world, what I saw was the similarities of experiences of trauma, of loss, of grief, of being human,’ he said, before adding that it is ‘absolutely critical… to build up resilience’ to these emotions through a series of mental health exercises.

During the video, Harry sat down with three different people: professional snowboarder Chloe, 22, BetterUp member Blu Mendoza, and psychologist Adam Grant, all of whom he asked about how they achieve ‘mental fitness’ every day – and what it means to them to achieve ‘peak’ mental fitness.

Speaking to Grant, the Duke of Sussex asked for his thoughts on ‘how we can create more resilience for people’, noting that he believes this will help them to be ‘not just a better version of themselves at work, but also a better version for their partners, for their family, and their whole community’.

Grant insisted that the key is for companies to implement more mental healthcare practices, stating: ‘We all want to grow, but it’s so hard to do that on our own. If we can design individual routines, organizational cultures, team norms that prevent burnout and languishing, it’s a lot easier to maintain peak performance.’

Nodding in agreement, Harry added: ‘And the difference it makes is huge.’

During his conversation with Mendoza, Harry shared brief insight into his own experiences of working with a BetterUp life coach, explaining that it has helped him to ‘thrive’ in his everyday life.

‘You are a two-time Olympic gold medalist, hailed as the Queen of Snowboarding. That’s amazing,’ he told the sportstar.

‘Is there a day-to-day thing that you do for your mental fitness? What is your secret, like how do you become so good – and stay there?’

He added: ‘How has strengthening your mental fitness helped you to continue to achieve new levels of performance?’

‘I would say… one, just those little reminders: “I am doing my best, I am working really hard,”‘ Chloe shared. ‘I have to pivot and find a solution to create a positive outcome.’ 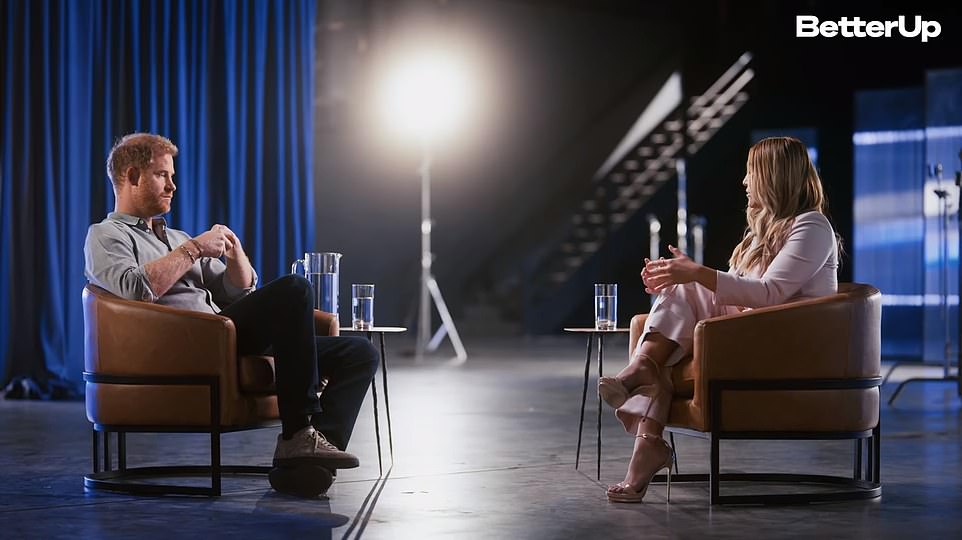 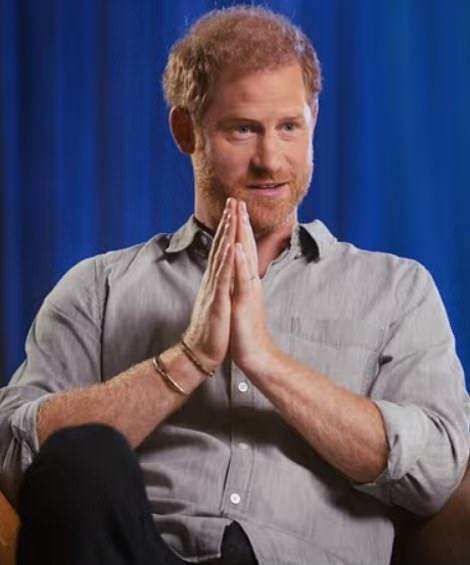 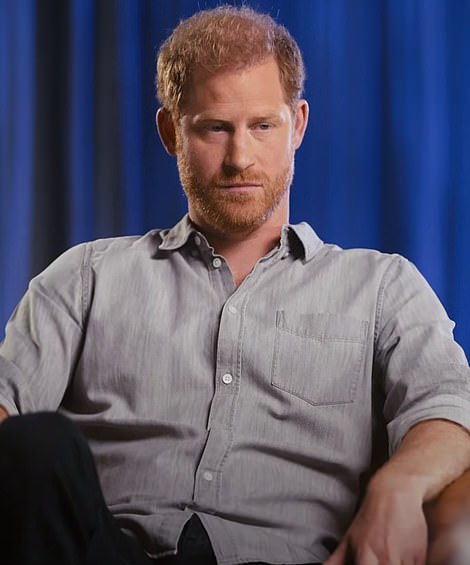 The world according to Prince Harry! The Duke of Sussex’s tips for achieving ‘mental fitness’

AIM FOR THE PINNACLE OF MENTAL FITNESS: ‘Mental fitness is the pinnacle, it’s what you’re aiming for. The road towards that can be really bumpy… it’s called inner “work” for a reason.’

INNER WORK: ‘With everything else around you, the only way you can combat [burnout] and build resilience for the outside world and your entire environment is the inner work… Outer work becomes so much easier when you get to grips with the inner work… If everybody [had time] to do [inner work], the shift in global consciousness and awareness would be enormous, it would be vast.’

DAILY MEDITATION: ‘I know that I need to meditate every day… Put it [into your daily routine] like brushing your teeth every morning… You need to put it into your day diary as a habit otherwise it’s the first thing that drops away from your busy day.’

DAILY ME TIME: ‘I have now put in about half an hour, 45 minutes in the morning when one kid has gone to school and the other is having a nap, there’s a break in our program. It’s like, right, it’s either for a workout, take the dog for a walk, get out in nature, maybe meditate. I would hope that everybody would be able to do that.’

LISTEN TO LESSONS FROM THE UNIVERSE: ‘Life is about learning and if you’re in your 20s, your 30s, your 40s, and even your 50s and you think you’ve got it sorted then bad stuff is going to happen. But when bad thing happen I think, there’s a lesson here, I’m being schooled by the universe, there is something for me to learn.’

TURN NEGATIVES INTO POSITIVES: ‘Every single bad thing – or the things you perceive to be bad – that happen actually can be good.’

SURROUND YOURSELF WITH MENTAL COACHES: ‘You need to have someone there who is not only coaching you through life but challenging your perspective. That’s what I ask [my mental coach] for on a weekly basis… Professional help, friends, family, anyone can help you in that coaching process [and give you] the ability to be able to find somebody else to throw ideas off or feelings or thoughts.’

WIPE YOUR MENTAL WINDSCREEN: ‘Have different points of views in your life and friends who will not worry about pushing back on things you say or feel to be able to encourage you to be able to see it more clearly. I view that as trying to surround myself with people who will happily wash [my mental] windscreen and clear those filters… There is an endless filter system of what you think is happening.’

CREATE A MENTAL TOOL BOX: ‘I know how my nervous system is going to react to certain situations that are out of my control, [so I think], what have I got in my tool box? What tools can help me deal with this?’

HONE YOUR MENTAL SUPERPOWER: ‘Life is about discovery. In that discovery you are going to find things that you don’t like, you’re going to find things that make you uncomfortable, that are constantly pushing back on you but as you work your way around those things, all of a sudden the stresses, the chaos, and all of the things that were working against you in your life, be it private life, be it work life… all of the things getting in your way either fall away or you visualize them and are able to turn a negative into a positive and therefore make those things work for you. It almost feels like a superpower.’

She continued: ‘I know who to turn to when I’m having a hard time, I know how to express and cope with my emotions. And I’m more open now. The relationship between mind and body is very important and it has a lot to do with my success.’

‘I love your confidence, especially being so young,’ Prince Harry told her. ‘That’s a whole part of this, right? You’ve had to teach yourself confidence?’

This is not the first time that Harry has spoken out about the need for better ‘mental fitness’; in February of this year, he spoke out about his own experiences with ‘burn out’, while insisting that companies need to give their employees ‘time to focus on themselves’.

Appearing in a virtual conference for BetterUp, Harry dished out woke business advice while detailing how he has learned to look at ‘bad things’ as being ‘lessons from the universe’.

‘Life is about learning right? If you’re in your 20s, your 30s, your 40s, and even your 50s and you think you’ve got it sorted then bad stuff is going to happen,’ he said during the online summit – during which he also chatted with tennis pro Serena Williams about her own life coaching experiences.

‘But when bad things happen I think, “There’s a lesson here, I’m being schooled by the universe, there is something for me to learn.”

‘Next time it happens, I’m going to be more resilient and can see a way around it to achieve the ultimate goal.’

Prince Harry was first hired as BetterUp’s Chief Impact Officer back in March 2021; at the time, the company’s CEO Alexi Robichaux declined to reveal how much he would be paid for the job, however similar roles at other California firms would command six or seven-figure salaries.

Harry was introduced to Robichaux through an unnamed mutual friend – and it is not known whether he has invested in the company, which boasts several other high-profile backers, including Dubai sovereign wealth fund Mubadala Capital and Olympic snowboarder Shaun White.

In a statement introducing himself to his new colleagues, Harry also revealed that every employee of his Archewell Foundation would get access to its services.

However the company – which was valued at $4.7 billion back in October 2021 – was hit by scandal earlier this year when it was reported that several of its employees had accused billionaire CEO Robichaux of implementing ‘sneaky pay cuts’.

BetterUp promises to support ‘the whole person’ by pairing people with one its 2,000 life coaches, which are accessible via a Tinder-style app.

But according to an April 2022 report on The Daily Beast, employees within the mental health start-up had been left up in arms over their bosses ‘questionable ethics’, with some accusing the company of hypocrisy by promoting the importance of mental healthcare, while failing to ’empower’ its staff in the same way.

At the time, coaches were said to be quitting and considering suing, with one declaring: ‘For a company [whose] mission is to help empower people throughout the world… They’re not walking the walk.’

One said: ‘There’s so many of us now who are upset. I would say my heart is broken. And I think there’s really questionable ethics going on. They’ve turned us into a commodity’.

And referring to the recruitment drive in recent years – the period when Harry himself joined, another irate coach said: ‘They hired and hired and hired…over the past couple of years. They have so many VPs. Now, I don’t even know what these VPs do’.

They were also said to have been unclear on what exactly Harry does for the company, branding it marketing ‘smoke and mirrors’. 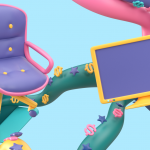 Members of Planet Fitness in Williamsport were warned of an immediate closure under “unforeseen emergency circumstances” Wednesday afternoon, but the gym reopened for business after […]

Are beans good for you? Beans are packed with fiber and nutrients, making them an excellent choice for a healthy diet. They’re also affordable and […]