After a two-year hiatus, the new Amazfit Band is here. The fitness tracker will boast a new design and features, including a larger screen.

New Amazfit A fitness tracker is coming, and an early look has revealed some big design changes in addition to specs and pricing. The Amazfit brand is best known for its smartwatches, but that’s not the only type of wearable it sells. Amazfit also has fitness trackers, which shouldn’t come as a surprise since it’s ODM that makes the Xiaomi Mi Band fitness tracker.

Amazfit Band 5 was the last fitness tracker from this brand. Released in 2020, it had a similar design to the Mi Band 5 that was announced the same year. However, the Amazfit Band 5 was the better of the two as it had features that Xiaomi’s fitness band lacked, such as support for blood oxygen level monitoring.

SCRENANT VIDEO OF THE DAY

The new fitness tracker will launch as the Amazfit Band 7, as announced in an exclusive release GSMArena, confirming that there will be no Amazfit Band 6. For its next-gen wearable, Zepp Health is going with a revamped design, one that sees the screen increase in size. The larger screen is now a large rectangle, unlike the pill-shaped fitness tracker of the last generation. The larger screen also means that the strap, which is still silicone, is also wider. Like its predecessor, it has a 5 ATM water resistance rating. The renders also show that the fitness tracker will be available in black and white when it launches.

In addition to the renders that show the design, there are a few specs that reveal that the new fitness tracker is getting some upgrades. For starters, the larger display is still AMOLED, but its 1.47-inch size represents a 33.6 percent increase over the 1.1-inch display of the Amazfit Band 5. It also has a resolution of 194×368 and a maximum brightness level of 500 nits. Amazfit has included a PPG sensor for 24/7 heart rate monitoring, and while there is no mention of blood oxygen level monitoring, it is expected to support it.

The Amazfit Band 7 will also come with support for 100 sports modes. This is a big jump from the 11 sport modes supported by the last generation model. Furthermore, the fitness tracker will be able to automatically detect selected workouts. The source also mentions that the watch will have 8MB of RAM and 128MB of built-in storage. The low RAM and storage are not surprising since this is a fitness tracker. Now that the wearable is bigger, Amazfit has managed to cram a bigger battery into it. The battery capacity is now 230 mAh, which is almost double the 125 mAh battery capacity of the Amazfit Band 5.

With a larger battery, the Amazfit Band 7 will last up to 18 days on a single charge (typical use) and up to nine days of heavy use. In contrast, the Amazfit Band 5 lasts up to 15 days on a single charge in typical usage. Like its predecessor, the new fitness tracker will be compatible with devices running Android 5.0 and above or iOS 10 and above and will connect via Bluetooth 5.1. The source did not specify when Amazfit The Band 7 will launch this year, but when it does, it will cost $50. In comparison, the Amazfit Band 5 launched for $45, but now sells for $39.

NEXT: Xiaomi Smart Band 7 vs. Huawei Band 7: Which fitness tracker is better?

Did Stranger Things season 4 hide the death of a pretty important character?

Habeeb enjoys writing about the consumer technology space and has a keen interest in wearables, Android smartphones and tablets, and Chromebooks. When she’s not writing, she’s catching up on the latest TV shows and movies. 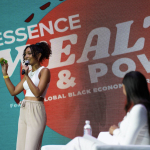 Next Article Who is ahead in the money race? Latest campaign finance data

AUSTIN, Texas–(BUSINESS WIRE)–F45 Training Holdings Inc. (“F45” or the “Company”) (NYSE: FXLV), the fastest growing fitness franchisor in the world according to Entrepreneurannounced today that […]

New JerseyNJ, July 13, 2022 The Online Fitness Training market research report provides all the information related to the industry. It gives market outlook by […]

Deloitte Romania helped the holding African Industries Group (AIG), which is present in Romania through investments in agriculture, distribution of agricultural equipment and real estate, […]