Consider, for a a moment, an electric wire, a ubiquitous technology that is extremely easy to forget. Coiled into our appliances, wrapped around our walls, strung along our streets, millions of tons of thin metal filaments do the work of electrifying the world. But their work is benign and so natural that it doesn’t look like technology at all. Wires move electrons simply because that’s what metals do when current is applied to them: they conduct.

But there is always room for improvement. Metals conduct electricity because they contain free electrons that are not bound to any particular atom. The more electrons flow and the faster they go, the better the metal conducts. So to improve that conductivity—crucial for conserving energy produced in a power plant or stored in a battery—materials scientists typically look for more perfect atomic arrangements. Their main goal is cleanliness – to remove any bits of foreign material or imperfections that interrupt the flow. The more gold the piece of gold, the more copper the copper wire, the better it will conduct. Anything else just gets in the way.

“If you want something really highly conductive, then you just have to be pure,” says Keerti Kappagantula, a materials scientist at the Pacific Northwest National Lab. Because of this, she considers her research to be quite “crazy”. Her goal is to make metals more conductive by making them less clean. It will take a metal such as aluminum and insert additives such as graphene or carbon nanotubes, creating an alloy. Do it the right way, Kappagantula found, and the extra material can have a strange effect: It can push the metal past its theoretical conductivity limit.

The point, in this case, is to create aluminum that can compete with copper in electrical devices—a metal that is nearly twice as conductive but also costs about twice as much. Aluminum has advantages: it is much lighter than copper. And as the most abundant metal in the Earth’s crust – a thousand times more than copper – it is also cheaper and easier to mine.

Copper, on the other hand, is becoming harder to come by as the world transitions to greener energy. Although it has long been ubiquitous in wiring and motors, demand for it is growing. An electric vehicle uses about four times as much copper as a conventional car, and even more will be needed for the electrical components for the renewable power plants and the wires that connect them to the grid. Analysts at Wood Mackenzie, an energy-focused research firm, estimate that offshore wind farms will require 5.5 megatons of metal over 10 years, mostly for the massive cable system inside the generators and to transport the electrons the turbines produce to shore. In recent years, the price of copper has soared, and analysts predict an increasing shortage of the metal. Goldman Sachs recently declared it the “new oil”.

Some companies are already substituting it for aluminum where they can. Recent years have seen a multibillion-dollar shift in components for everything from air conditioners to auto parts. High-voltage transmission lines already use aluminum wires, because they are both cheap and light, which allows them to be strung over longer distances. That aluminum is usually in its purest and highly conductive form. 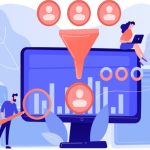 Most Americans Want Products Free of Harmful Chemicals, According to a Survey

Do most Americans want the government to ensure that the goods they purchase are free of dangerous chemicals? According to a recent survey, they are […]

According to new U.S. government statistics, the Jynneos vaccine, which was initially developed to prevent smallpox infection, also appears to guard against monkeypox. Despite two […]