Celsius is ‘deeply insolvent,’ according to the Vermont Department of Financial Regulation


Celsius Network, the troubled crypto lender, “is deeply insolvent,” according to the US state Vermont Department of Financial Regulation (DFR), noting that the lender lacks the funds and liquidity to meet its obligations to account holders and other creditors.

Celsius is one of the crypto lenders facing financial problems in the latest cryptocurrency liquidity crisis. It suspended withdrawals starting June 12, cut jobs and hired restructuring experts to advise on its financial situation.

Earlier on Tuesday, the lender said it had fully repaid its debt to decentralized finance (DeFi) protocol Aava, freeing up $26 million in tokens as part of its latest debt restructuring maneuver. He also transferred $418 million in staked ether or “’stETH” to an unknown wallet.

Last week, CoinDesk reported that Celsius fully repaid and closed its loan on Maker, one of the largest DeFi lending protocols, and released $440 million in collateral pledged on the loan, denominated in wrapped bitcoin (WBTC) tokens. Additionally, on Tuesday, the crypto lender reduced its debt by $95 million on Aave and released 410,000 sETH tokens, worth $426 million at press time, CoinDesk also reported.

Read more: Looking at claims that Celsius operated like a Ponzi

The DFR believes Celsius engaged in an “unregistered offering of securities” by offering interest-bearing cryptocurrency accounts to retail investors. Celsius also does not have a money transmission license, according to the DFR, noting that this means that until recently Celsius has operated largely without regulatory oversight.

Moreover, the lender also failed to register its interest-bearing accounts as securities, leading to a lack of risk disclosure to depositors and other creditors.

Due to the culmination of concerns about Celsius, DFR joined the multi-state investigation of the lender, according to the statement.

Read more: Celsius accused of fraud in a lawsuit filed by a former employee 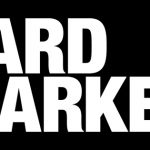 Next Article Take care of your money: This entrepreneur learns to balance her mission and business with financial health | News

During his first Union Budget in July 2014, former finance minister Arun Jaitley announced the establishment of an institution called 3P India, with […]

Download logo The Board of Directors of the African Development Bank Group (https://www.AfDB.org/) on Wednesday 13 July approved a €50 million risk-sharing partnership with Societe […]