The former editor of the CPM’s official mouthpiece, Deshabhimani, the late VT Induchoodan, theorized that the absence of a clearly identifiable ‘Vaishya’ class was the reason for Kerala’s lack of entrepreneurship compared to other states.

A widely respected voice of his time, Induchoodan passed away in 2002. His views are controversial, but the fact is that the state was a backyard for Indian business and enterprise, not its front line. Indian big business has always been a West-North phenomenon with a small number of industrialists coming from the East and from Tamil Nadu, Andhra and Karnataka.

As a coastal state, parts of Kerala had trade relations with the Arabs, Jews and Chinese, but in the last century very few businessmen made a mark on the national level of the state. A strong movement of the left, which focused more on fairness. It was against growth, especially if these impulses came from established industrial houses, which were considered “capitalists”. This continued until the end of the 20th century.

With the liberalization of 1991, the winds of change began to blow across Kerala as well. Over the past 30 years or more, there have been wellsprings of entrepreneurial spirit, entrepreneurial spirit, and industrial enterprises in fields as diverse as information technology, retail, hospitality, Medicare, jewelry, stockbroking, and petroleum resins. Many of them are what can be called mid-sized corporations, but the unifying thread among them is the slow and steady building of their trade with good management and strong ethical principles.

Some, of course, started their journey in Kerala but left their mark elsewhere in India.

R.Roshan, a prominent business journalist in the country, had an outside view of the growth of these companies. Fully versed in the stories of the development of the entrepreneurs behind these success stories, he weaves together the fascinating story of 21 of them in his latest book, God’s Own Entrepreneurs.

He writes with passion, empathy, great understanding and insight on all of them ranging from Yousuf Ali, Ravi Pillai, PNC Menon, Joy Alukkas to Byju’s Raveendran, KE Faizal and Jyothi Labs MPRamachandran. While those who follow the markets and the world of finance may be familiar with their achievements in terms of balance sheet size and bottom line, Roshan sheds light on the personality behind the entrepreneurs and how they negotiated their way up the ladder.

Take Jose Dominic for example. The late Rajiv Gandhi’s invitation to hoteliers to develop the Bangaram Islands (part of the Lakshadweep group of islands) was taken as a challenge and he built a resort there for 3 months of living in 1988. The design blended with the landscape and Jose Dominic turned it into his trademark, which he painted at Spices Village in Thekkady and Coconut Lagoon in Kumarakom.

Nuggets like this connect the stories of TS Kalyanaraman of Kalyan Jewellers, MP Ahammad of Malabar Gold, Kochouseph Chittilappilly, CV Jacob of Synthita, ME Meeran of Eastern Group and Arun Kumar (Strides Pharma of Bengaluru). Also included in this highly readable compilation are sketches by Kris Gopalakrishnan and SD Shibulal, both founders of Infosys.

Rošan’s style is sharp, direct and typical of a journalist, he pays attention to the human interest angle in all these narratives. That Dr. Azad Moopen chose his name “Azad” in school. That he led a student agitation while he was in college and that he ran a small clinic on the ground floor of a residential complex in Dubai from where the “Aster” empire grew.

Pamela Anna Mathew (the only woman in this group of 21), VK Mathews of IBS Software and CJ George of Geojit and MC Jacob of Kitex Group are the others featured in the book, Roshan’s first in English.

God’s Own Entrepreneurs is a pencil portrait handbook for anyone who wants to understand how animal spirits are shaped in contemporary Kerala. With start-ups and other businesses catching up, there’s definitely room for another take on the same topic – there are at least dozens more waiting to be written about. 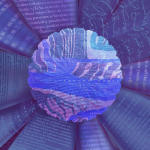 With the country’s growing frugality frenzy, we look at some of the young people who are starting their own businesses amid the pandemic, as they […]

While some 18-year-olds across Loveland are still figuring out what to do during the summer, one recent Loveland High School graduate and 18-year-old entrepreneur has […]