Indians are rapidly evolving their eating habits and as the world adopts veganism as an alternative option for a healthy lifestyle, veganism in India is growing rapidly, as replacing meat with healthy vegan food is no longer just a thought process, but is emerging as a way of life every day. The Covid-19 pandemic has only strengthened this worldwide movement, further encouraging more and more people to adopt a holistic lifestyle with clean eating and a conscious lifestyle, fueled by an alternative oriented towards healthy and fresh products.

Benefits of a vegan diet include a lower risk of cardiovascular disease, better digestion and clearer skin. A vegan diet means giving up the consumption of animal products including meat, eggs and even dairy products and other substances of animal origin. Veganism is a growing trend worldwide, with individuals becoming more aware and concerned about their eating habits over a period of time.

Vegan meals come packed with the benefits of a plant-based diet. According to a study published in the ‘Journal of the American College of Nutrition’, a low-fat vegan diet was found to have better outcomes for weight, body composition, insulin sensitivity and cholesterol levels compared to a Mediterranean diet. According to another clinical study published in the Journal of the American Heart Association, postmenopausal women who consumed a plant-based diet had a lower risk of sudden death, cardiovascular infections, and dementia-related deaths compared to women who ate less plant-based protein.

Despite all the knowledge and digital penetration floating around veganism, this neo culture comes with its own set of assumptions, myths and confusions, but half-baked knowledge is more dangerous than no knowledge. There is a lot of conjecture and mythical elements surrounding vegan food, sometimes related to health and sometimes just confusion about nutritional deficiencies.

In an interview with HT Lifestyle, Sonal Bermecha, founder of Santé Spa Cuisine, said, “As this iconic vegan religion spreads across the world, India, which has been a predominantly vegetarian culture for centuries, is not far behind in the vegan shift. Climate change, unhealthy lifestyles and an increasing number of health problems also play a vital role in people making this change. The idea of ​​being earth-conscious and behaving well for their overall health appeals to many. The new dietary lifestyle also gave room for speculation and conjecture; such as vegan food being more expensive than animal products or lacking healthy nutrients or dairy products not being a substitute; or being vegan is a very difficult task to achieve. These myths are quickly being dispelled as people embrace a vegan diet.”

She busts 4 myths about vegan food and fitness as India goes vegan:

Fact: When it comes to vegan food, there’s a myth that it’s a high-end eating habit that’s only for rich people. A typical vegan diet consists of vegetables, fruits, rice, whole grains and legumes, which are inexpensive. These vegan food ingredients are easily available everywhere and are much cheaper compared to expensive animal products. Now there’s a catch to this scenario: if people buy more ready meals or certain vegan foods, then they’ll likely have to pay more for those foods.

Fact: People are fixated on getting protein only from animal food products. But they lack the knowledge that many plant-based ingredients like broccoli, spinach, lentils, oats, nuts, quinoa, seeds, tofu and beans have enough protein to support a healthy human body. Research around the world has proven that red meat intake leads to diabetes, colon cancer, heart disease and obesity problems. The very fact of animal protein is that animals ingesting plants show that the protein is actually derived from plants.

Fact: A common myth about dairy products, this one is encouraged by many in society. The one we grew up with; that dairy products like milk help bones to become stronger, but in reality, dairy products are carriers of calcium which is the reason for bone strength. Calcium is not limited to bone strength, it also helps with many healthy body functions such as muscle contraction, blood clotting, blood pressure and nerve signaling. That’s why it is necessary for every vegan to have a proper intake of calcium. When it comes to getting calcium from vegan foods, sources such as spinach, soy-based foods, figs, beans, chia, lentils, peas, sesame seeds, almonds, and beets are available to help increase calcium intake.

Fact: When we try to get rid of our comfortable and accustomed habits, it is difficult to undo it and adopt such a contrasting way of life. Many people are used to eating certain foods in a certain way, and choosing an alternative ingredient is not easy. The truth is, it’s very easy to switch to a plant-based diet and satisfy those cravings despite being on a vegan diet. As people lean more and more towards veganism, many culinary options for this cuisine are emerging. The most powerful motivation to choose a vegan lifestyle option is choosing a balanced plant-based diet that also helps nourish a healthy mind and body. 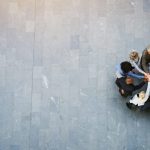 Are continuous glucose monitors the new fad in fitness?

Summer Fitness Tips | Everything is good

Summer fitness tips By a twintoday at 20:27 SANDRA GUY These picture-perfect days — OK, so the humidity can be a little hard to bear, […]