Deloitte Romania helped the holding African Industries Group (AIG), which is present in Romania through investments in agriculture, distribution of agricultural equipment and real estate, in the acquisition of the fitness network World Class Romania from the Polish investment fund Resource Partners.

The transaction was signed in April 2022, and closed on July 15, after receiving all the necessary approvals. The purchase of a network of 41 fitness centers represents AIG’s entry into the health and wellness segment.

“This is the second transaction in which we cooperate with Deloitte, after the one in which we bought the farms Agricom Borcea, Tudor 92, Concordia Agro and Alisa Farm Management, as well as Thames Farming Enterprises, a company that owns four farms. This time, the project was carried out in two phases, both involving due diligence and negotiation requirements, and Deloitte’s international team was with us throughout the process, fully involved, showing flexibility in the way it responded to the many changes that occurred during the eight-month cooperation. I particularly appreciated the commercial competence of the Deloitte team and the professionalism of its financial analysis,” said Alexandru Rusu, CFO CEE, African Industries Group.

“I believe that the success of this transaction was ensured by the extraordinary cooperation both with the management team of AIG and with other consultants. We are honored that we managed to help our client during the several months that the project lasted, through an international team, formed by experts from Romania and Germany. This transaction represents AIG’s entry into a new market and a new step towards strengthening its position,” said Radu Dumitrescu, Financial Advisory Partner, Deloitte Romania.

With a team of 50 experts, Deloitte is one of the leading providers of financial advisory services for local and multinational companies in the private and public sectors in Romania. In 2021, Deloitte’s financial advisory team in Romania was involved in over 100 complex projects across all service lines.

In 2022, among the recent transactions and financings in which the Deloitte Romania team was involved was the acquisition of the Gecsat glass mineral wool factory by Knauf Insulation, one of the world’s largest manufacturers of insulation solutions, acquiring 325 million euros. a loan from Raiffeisen Bank by Romgaz for the partial financing of the acquisition of shares of Exxon Mobile Exploration and Production Romania Limited, the acquisition of Capital Financial Services, operating under the Twispay brand, by Elrond Network. 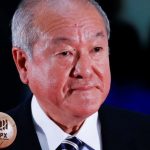 Previous Article Speculative moves behind the rapid weakening of the yen, warns the Japanese finance minister 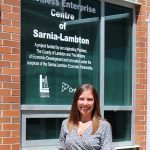