Harry Maguire is fit to feature in Manchester United’s next pre-season game after thrashing Liverpool 4-0 in Bangkok.

United faced their arch-rivals without their captain on Tuesday, but they didn’t seem to miss him as they capitalized on a number of defensive mistakes to earn some bragging rights ahead of the new Premier League season.

Maguire missed the so-called friendly with a minor knock, but his manager Erik ten Haag has confirmed he will return to action when United take on Australian side Melbourne Victory at the Melbourne Cricket Ground.

Asked about the centre-back’s status ahead of Friday’s match, Ten Haag said: “He’s available. We’ll see [if he will play 45 minutes]but I think he can play half the game.”

In Maguire’s absence against Liverpool, Raphael Varane and Victor Lindelof started at centre-back before Eric Bailly and makeshift option Alex Telles eventually replaced them. Bailly ended up starring, making a number of key defensive interventions and playing a huge part in the fourth goal as he took a step into his own half before charging forward.

Ten Haag confirmed that the Red Devils have no other injury problems for their next friendly, adding: “Our squad is full. We are at full capacity and have a strong squad, so the fans will be happy.”

After the clash with Melbourne Victory, United will play Crystal Palace at the MCG before traveling to Perth to face Aston Villa. 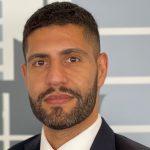 Next Article Global market for home fitness equipment rises to $21.84

Starting fitness with Smart equipment and solutions in your home – Flexnest

Kindly explain Flexnest and its special offers. Founded in 2021, Flexnest is a Gurugram-based fitness startup offering premium equipment and solutions for the home. The […]

You can do the “Bring Sally Up” challenge as a warm-up or as your own workout and adjust it to your fitness level. CrossFit may […]

NYPD officers will always be the best in New York – they just might not be the fittest anytime soon. Desperate to fill positions amid […]