The FDA revealed this week that the first medication to prevent the onset of insulin-dependent type 1 diabetes has been approved.

The FDA reported that clinical trials showed the injectable medication, known as Tzield, postponed the onset of the disease by more than two years. It is intended for people with stage 2 type 1 diabetes who are adults and children aged 8 and older. Tzield is injected once every day for 14 days straight.

When type 1 diabetes patients reach stage 3, they typically require lifelong insulin injections. According to Provention Bio, the company that developed the drug, they also face more serious health risks like diabetic ketoacidosis, which can be fatal.

According to Eleanor Ramos, MD, chief medical officer of Provention Bio, “the beginning of stage 3 [type 1 diabetes] is a life-changing moment.” In just one year, a patient may require 1,460 finger sticks to check blood glucose levels, about 1,100 insulin injections, and an average of 127 episodes of hypoglycemia due to the irreversible situation where insulin-producing cells are no longer able to maintain normal glycemic control.

He stated in a statement that “the approval of teplizumab in the U.S. signals the start of a seismic shift in how type 1 diabetes is managed.” “People with type 1 diabetes have relied on insulin for treatment for the past 100 years, and today’s decision means that for the first time, the condition’s underlying cause – an immune system attack – can be addressed, potentially delaying type 1 diabetes for up to 3 years.”

When a person has type 1 diabetes, their immune system attack and kill insulin-producing cells. According to the FDA, Tzield works by suppressing a portion of these immune system cells while boosting the proportion of cells that assist regulate the immunological response.

John Sharretts, MD, director of the Division of Diabetes, Lipid Disorders, and Obesity at the FDA, noted in the announcement that the drug’s ability to delay the clinical diagnosis of type 1 diabetes may give patients months to years without the burdens of disease.

The French business Sanofi and Provention Bio are working together to distribute the medication. According to Reuters, the medicine should be accessible to the general public in the early months of 2023, according to Provention’s chief commercial officer, Jason Hoitt. 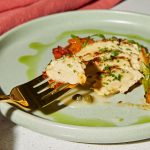 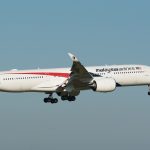 According to recent research, Israeli scientists have discovered a novel approach that may one day be used to treat type 2 diabetes. Your muscles not […]

Why Are Women More Prone to Alzheimer’s Than Men? Study Provides Hint

Nearly two-thirds of the more than 6 million Alzheimer’s patients in the U.S. who are 65 or older are female. A recent study may offer […]