BANGKOK — US Treasury Secretary Janet Yellen called on the leaders of major economies to work more closely together to curb the impact of Russia’s invasion of Ukraine.

Yellen and other senior financial officials from the Group of 20 leading wealthy and developing nations are gathering on the Indonesian island of Bali for meetings starting Friday. Yellen has sought support for a cap on Russian oil prices that could help bring energy costs under control and ease decades of high inflation in many countries.

Oil prices jumped, partly because of the war in Ukraine, which led to higher energy costs that accounted for about half of the increase in the 9.1% annual jump in US consumer prices in June, Yellen noted.

It would be the latest attempt to starve the Russian military of revenue on top of the thousands of sanctions already imposed to punish Moscow for its invasion.

Yellen said no price has yet been set for such a cap, but the level would have to be one that “clearly gives Russia an incentive to continue production, which would make production profitable for Russia.”

She said she “hopes” that countries such as China and India, which have recently increased imports of Russian crude, which is sold at deep discounts, will see it in their own interest to respect the price ceiling.

Without price caps, the European Union and possibly the US ban on insurance and other financial services would go into effect. “So we are proposing an exception that would allow Russia to export as long as the price does not exceed a level yet to be determined,” Yellen said.

The impact of the war fell most heavily on economies already struggling with mounting debt and other crises. Yellen said a key goal of the Bali meetings would be to push countries such as China to do more to help debt-ridden countries, including Sri Lanka and Pakistan, restructure their obligations.

Meanwhile, the head of the International Monetary Fund has warned that the outlook for the global economy is bleak and could worsen without better coordinated cooperation on a wide range of issues.

Kristalina Georgieva said in a blog post that decisive action is needed to reduce inflation and for the world to move towards recovery from the coronavirus pandemic.

She said central banks must act now to help bring rising inflation under control to minimize subsequent shocks to economies and financial systems. About 75 central banks have already raised interest rates, an average of 3.8 times, in the past year to try to curb inflation, she noted.

Countries whose economies are already in crisis, such as Sri Lanka and Pakistan, are turning to the IMF, an arm of the World Bank, and other institutions to help them deal with their spiraling debts and dwindling foreign reserves – problems that have risen as prices oil, wheat and other commodities have risen, partly due to Russia’s attack on Ukraine.

“Time is not on our side,” Georgieva said, describing such efforts as an “urgent need.” 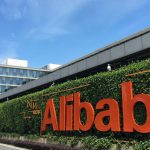