Greekgodx once again chimed in on xQc’s recent stream. This time, his point in the debate was that he doesn’t trust doctors and medicine. The British streamer has come under a lot of public scrutiny of late with his controversial comments about the moon landing, flat earth conspiracies and alleged misogynistic slurs.

His recent Twitch ban didn’t help matters, though for a completely different reason, many wondered if he was intentionally baiting people for drama. He came on xQc’s stream today because he wanted to talk about how a Canadian is apparently “chat baiting” in response to an anti-vaxxer video on YouTube.

“What are your readings?” – xQc asks Greekgodx about his medical records after the latter shows skepticism about modern medicine

The Greek is a known antivaxxer and publicly shamed those who took the Covid vaccine by calling them sheep. His outlandish claims drew the ire of many, including political commentator HasanAbi, who slammed the Greek for his comments.

On today’s stream, Felix “xQc” got into a heated debate with Greekgodx about the role of modern medicine and the heartbeat. The Greek, a famous medical skeptic, refused to believe that doctors were giving the right medicine. According to him, the same people who put unhealthy things in food are the ones who want people to go to the doctor:

“People create a problem, and they also create a solution. It’s the same as health. They let you get into your system that lowers your testosterone, makes you sick, creates low energy. Then they’re like, ‘Oh, welcome to the doctors and we can give you things to help you get better.”

Felix countered, saying that people must choose to trust professionals who have spent years studying medicine and honing their skills as doctors:

“You choose people to believe, right? They went to school and studied. And went through all the bullshit****. Or trusting some random guy on Facebook.”

The debate became more heated as both sides became frustrated with each other. After a long discussion about how keeping healthy inherently makes people better and happier, the Greek finally states that he is better off without medicine. So, xQc asked him bluntly about his medical readings:

“What are your readings when you go to the doctor?

Then Greekgodx revealed some shocking information:

“I don’t go to the doctor because I’m healthy and have no health problems.”

“Oh my brother, what the fuck?”

His point is that physical fitness does not mean that a person should not go for regular check-ups. The Greek, however, made a sarcastic comment:

“That’s so crazy? I exercise and eat right and I don’t have to go to the doctors? That’s crazy, right? Holy shit! I blew his head off.”

X then went on to talk about how the healthiest people in the world go to doctors and made an interesting point. He asked the Greek to understand that something was wrong with his body from the inside. The latter didn’t have a good answer and just said:

“If I get cancer tomorrow and I die, I can at least say to myself, ‘Well, screw it, mate. I lived every day healthy, happy and doing the best I could… At least I can say I did everything I could to prevent cancer. “

Chat enjoyed a heated debate, sending emotional messages that laugh to express themselves. Some thought the Greek was stupid:

LSF had many views on the matter, mostly about how anti-science and conspiracy theories Greekgodx got. Some have questioned how common regular reviews are and whether xQc is justified in its arguments:

Also read
The article continues below

Greekgodx gets a lot of flak for messing with conspiracy theories. In a recent stream with Asmongold, a Greek accused him of being a “globeist” for believing in a spherical earth. 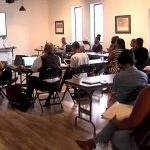 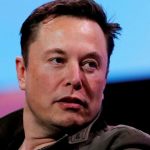 10 amazing kettlebell exercises for beginners to improve your fitness

If you’ve read any of my previous articles, you’ll know that I pride myself on giving you the most space and equipment to practice. These […]

Music Therapy: How It Can Help Relieve Anxiety and Depression

Music is a universal language. It has the power to move us, take us back in time, and even soothe our souls. Music therapy is […]