How To Dehydrate Fruits and Vegetables (For A Healthy Snack)

Dehydrating fruits and vegetables is a great way to preserve them for later use. Once dehydrated, these foods become shelf-stable and can be stored for long periods without worrying about them going bad. Dehydrating your fruits and vegetables is also a great money saver. Since they’re cheap to buy and the yield from each one is high, you’ll spend much less money when you make your own instead of buying prepackaged versions.

Dehydrated fruit and vegetables are also a great addition to many meals that don’t normally include them as an ingredient, such as soups or casseroles. Preparing your own also gives you control over what ingredients are added so you can avoid things like sugar or sodium if you want to keep their carbohydrate count low or cut back on added fats. Read on to learn more about how to dehydrate fruit and vegetables at home!

Tips for Dehydrating Fruits and Vegetables at Home

While bananas are normally eaten fresh, they make a great choice for dehydrating. They have a strong, sweet flavor that’s delicious in many recipes, including bread and muffins. You can dry bananas whole or sliced, depending on how you plan to use them. Whole bananas will have a chewy texture that’s great for snacks, while sliced bananas will be more like a dried fruit that’s tasty when added to oatmeal or yogurt.

Bananas are easy to dehydrate and don’t require any special preparation. Simply slice them lengthwise, spread them out on a baking tray, and put them in the oven at 125 degrees Fahrenheit, or 52 degrees Celsius, until they’re dry and chewy. Dried bananas will keep for up to a year if stored in an airtight container.

Dehydrating pineapple makes for a sweet and tangy snack that’s tasty on its own or when added to granola or trail mix. You can add a bit of spice to this sweet treat by using habanero pepper in place of the jalapeno.

Cut fresh pineapple into slices or chunks and place in a dehydrator at 115 degrees Fahrenheit, or 46 degrees Celsius, until it’s dry. You can also use an oven at the same temperature if you don’t own a dehydrator. Pineapple can also be canned in sugar syrup to make it shelf-stable, like canned fruit.

Dehydrating berries makes them easier to transport and can add a bit of sweetness to yogurt or oat bran. It’s best to use smaller berries like blueberries, raspberries, or strawberries for this process as large ones can take a bit longer. You can also freeze berries to make them shelf-stable and easy to transport, though they’ll need to be thawed before you eat them.

Cut the tops off of each berry, then place them in a single layer on a baking sheet or in a dehydrator tray. Dry them at around 115 degrees Fahrenheit, or 46 degrees Celsius, until they’re crumbly. Berries can also be made into a syrup for baking or cooking by boiling them in water with sugar. Once reduced by half, the syrup will be thick and sticky, perfect for adding to baked goods or to sweeten yogurt.

The strong, tangy flavor of dried citrus makes a great snack and can be used in many different recipes. You can use a mixture of oranges, lemons, and limes, or just one type if you prefer the flavor of one over the others.

Slice the citrus into thin pieces, peel and cut into slivers, and place them on a baking sheet. Dry them at around 110 to 140 degrees Fahrenheit, or 43 to 60 degrees Celsius, until they’re brittle and easily break when you bend them. You can also mix the citrus with other dried fruits for a tasty trail mix.

A colorful, healthy vegetable that’s full of vitamins and minerals, bell peppers make a great choice for dehydrating. They can be stored dry and used as needed in many different meals. You can use red, yellow, or orange peppers for this, or mix and match for a colorful mix.

Cut peppers into thin slices or strips, then place them on a baking sheet. Use the lowest setting on your oven, or try placing them in an electric dehydrator if you’re looking for a faster drying time. You can also use a food dehydrator for greater control over the temperature.

While not as tasty as some of the other vegetables on this list, leafy greens are an important source of vitamins and minerals. This makes them a great addition to many meals, as well as a convenient snack when dried.

Try mixing various greens for a colorful mix. Cut greens like kale, Swiss chard, and spinach into small pieces and spread them out on a baking sheet or dehydrator tray. Dry them at around 110 to 120 degrees Fahrenheit, or 43 to 48 degrees Celsius, until they’re brittle. You can also use a food dehydrator, which allows you to set the temperature higher and dry them more quickly.

While dehydrating is normally used for fruits and veggies, tomatoes are a fruit. They make a great addition to many meals and snacks and can be stored in a jar for long-term use. Cut tomatoes into slices or chunks, then dry them in an electric dehydrator at around 110 to 120 degrees Fahrenheit, or 43 to 48 degrees Celsius, until they’re brittle. If you don’t have a dehydrator, you can place them in a low oven at around 170 degrees Fahrenheit, or 77 degrees Celsius, until they’re dry. You can also sun-dry tomatoes by placing them on a tray outside during the hottest part of the day when the weather is clear.

How To store Dehydrating Fruits and Vegetables

Once your fruits and vegetables are fully dried, store them in an airtight container away from light and heat. You can place the container on a shelf or in a cabinet, but avoid putting it in cabinets over the stove. These foods are still foods and do need to be kept away from the heat to stay fresh. Depending on how long you let the product dry, it can last from 6 months to 2 years, though most will last around a year. As with any food, make sure to check on it periodically and toss anything that looks wilted or discolored. This will help keep your food fresh and safe to eat for as long as possible. 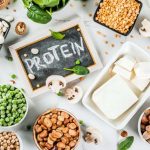 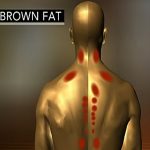 According to two recent, extensive studies of people in the United States and Italy that were published on Wednesday in the British medical journal The […]

‍ The leaves are changing, the nights are getting longer, and we’re all craving some serious comfort food. The best thing about autumn is the […]

8 Great Ways To Use Up Leftover Egg Whites!

Did you know that egg whites are a great source of protein? Egg yolks are the most concentrated source of fat in eggs, but individual […]

Can People Really Be Addicted to Food? Factors That Add to This

Food is a basic human need, something everyone needs to survive. In this day and age, we have ample food choices available to us. People […]