GILGIT: A six-day exhibition aimed at empowering women and expanding women’s business by facilitating their access to national and international markets concluded on Thursday in Karimabad, Hunza.

More than 50 female entrepreneurs from various cities of Pakistan participated in the exhibition where stands of local and international brands were set up. The objective of the event was to increase commercial exchange between entrepreneurs from different provinces, identify available opportunities for investment and economic growth, and open new markets for different products.

Speaking at the event, WCCIGD founder president Khushnoor Didar said the women’s chamber has given an opportunity to local women to expand their businesses. The purpose of organizing the exhibition is the expansion of women’s business and the development of joint enterprises with entrepreneurs from other cities, she added.

Former Head of GB Academic Academy Taj Unnisa, who was the chief guest at the closing ceremony, appreciated the efforts of the women and congratulated the WCCIGD team for forming the chamber and organizing the grand event.

She expressed her hope that the Women’s Chamber will continue organizing such festivals and exhibitions to encourage women entrepreneurs. She suggested that such events be held twice a year.

Representatives of the local community, city management and social welfare of Karimabad also attended the exhibition and appreciated the determination and work of local women. They pledged their support to the Chamber in their future endeavours.

Asiya Bano thanked the organizations for their support to make this event a success and the exhibitors who came from Punjab and Sindh.

Earlier, the former federal minister and central leader of Pakistan Tehreek-i-Insaf Dr. Firdous Ashiq Awan who praised the women’s chamber for organizing the show. She promised to support the chamber in promoting the business of women entrepreneurs. 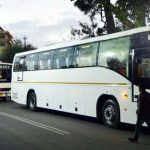