The Des Moines City Council will consider a $10 million project Monday to focus its efforts on helping culturally diverse entrepreneurs.

I drive the news: It’s part of the rebirth of a Des Moines district that’s home to black and brown businesses, developer Marquas Ashworth told Axios on Thursday.

Catch it fast: 6th Avenue Corridor, Inc., owns the property and has been working for several years to develop the vacant site.

Game state: The DSM City Council is considering a $300,000 grant for the project.

What are they saying?: The project will add to the momentum of redevelopment that has occurred in the corridor in recent years, Whitney Baethke, the city’s economic development coordinator, told Axios on Thursday.

What’s next: Final design plans and additional funding recommendations are expected in the coming months.

no stories could be found

Get a free daily digest of the top news in your backyard with Axios Des Moines. 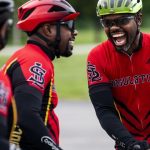 Carving out your niche in the business world is not for the faint of heart. But after months and even years of planning, you’ve started […]