Ukraine’s government has dismissed Western concerns that the country could become a source of smuggled weapons, but has acknowledged it needs to expand its weapons tracking systems.

Defense Minister Oleksiy Reznikov said in an interview that the Ukrainians have every interest in keeping all equipment worth $10 billion provided by Western allies.

“We have to survive. We have no reason to smuggle weapons out of Ukraine,” he said on Thursday, nearly five months after Russia launched its full-scale invasion on February 24.

Reznikov defended Ukraine’s record after officials from EU and NATO countries told the Financial Times they wanted better monitoring by Kiev of weapons it supplies from the West for fear they would be smuggled out of the country and onto Europe’s black market.

Reznikov said some European politicians spreading what he described as false claims about the risk of arms smuggling from Ukraine could be spreading “Russian disinformation” because they are “dependent on cheap gas and money” from Russia.

He revealed that some of Ukraine’s allies had sent military representatives to the country to monitor the flow of their donated weapons and called on others to follow suit.

He said Ukraine uses NATO software, acquired in 2019, to track the destination and use of weapons provided by the West, which NATO allies can access. But it had a limited number of licenses and trained users, which Kiev was now trying to increase. “We have to move forward quickly. We understand that,” he said.

The system, which is currently managed only centrally, would be expanded to the brigade level, and possibly to battalions, Reznikov said. Kiev will consult with its partners on how far to deploy it. Ukraine is also developing two other tracking systems that will work in parallel with the NATO software.

He insisted there was no way heavy weapons systems, such as 155mm howitzers or US-supplied missile systems, could be stolen. All had GPS trackers, he said, and Western military satellites could also track large equipment.

Stinger anti-aircraft missiles and light kamikaze drones are of particular concern to Western officials because of their portability. Reznikov said that while they were not tracked by GPS, they were restricted to Ukrainian special forces and therefore under strict control.

Reznikov admitted that it was not “absolutely impossible” that firearms could be smuggled across Ukraine’s borders into the EU. Weapons were transported in large numbers after the breakup of Yugoslavia in the 1990s, fueling organized crime.

Authorities distributed 21,000 Kalashnikov assault rifles to members of the volunteer Territorial Defense forces in the first three days after Russia launched its assault on the Ukrainian capital, he said.

But the Ukrainian government or customs authorities have not been notified of any specific case of arms smuggling by Europol, the EU’s police coordination body, since the invasion, Reznikov added.

There were only two cases of weapons crossing the border, he said. One case was for the repair of a howitzer from the west, and the other was a shipment of blown-up Russian tanks for exhibitions in Warsaw and Prague.

Reznikov was appointed defense minister last year after spending nearly two years trying to negotiate a peace deal with Russia over the war in eastern Ukraine. Since the February invasion, he has led Ukraine’s efforts to acquire increasingly sophisticated weapons from Kiev’s Western allies.

He said he was confident Ukraine would be assigned larger quantities of long-range systems, particularly the U.S. multiple missile systems known as Himars, which he described as a game changer in the war.

Ukraine has used them in the past three weeks to attack Russian ammunition depots far behind the front lines, damaging a Moscow artillery machine. The US has been reluctant to send the Himars, which have a range of 80 km and GPS-guided munitions, out of concern that such a move could escalate the war. Reznikov said he was confident the partners would send more, including a version up to 300 km. 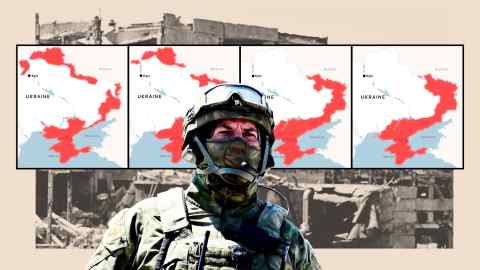 “I think it’s a step-by-step movement. We are giving them proof that we can use it precisely and sophisticatedly and get more, and a greater range,” said the minister.

Reznikov is credited with reducing the death toll among Ukrainian troops in the eastern Donbass region, which reached an average of 100 a day in May, because of weapons he supplied from the west, which have a longer range and are more accurate than Ukraine’s old Soviet-era artillery.

More missiles and artillery would be necessary for any attempt by Ukraine to push back Russian forces in a counteroffensive, he said, adding: “By the end of this year, there will be a serious shift on the battlefield in favor of Ukraine.”

“I hope this year we will see a counter-offensive campaign and [that] it will be successful.” 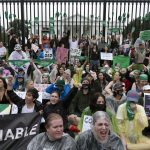 Previous Article HHS: Life-Saving Abortions Must Be Performed in Hospitals 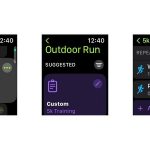 When the Anaheim City Council debated campaign finance reform for the third straight meeting, it proved to be anything but charm. Election spending in Anaheim […]