Despite what you think (or have been told), your Amazon Ring camera may be providing video data to law enforcement without your knowledge or consent.

Massachusetts Sen. Ed Markey revealed Wednesday — during Amazon’s Prime Day event — that Amazon admitted to sending footage to police without a court order or users’ permission 11 times this year alone. While the number is relatively small, this is also the first time the company has said it has released data in this way, according to Politico. It’s also a reminder that if your data is out there and under someone else’s control — Amazon, for example — you have little or no say in whether the police get hold of it.

Markey has been concerned for years about Ringo’s partnership with law enforcement and privacy issues. “As my ongoing investigation into Amazon shows, it has become increasingly difficult for the public to move around, gather and converse in public without being tracked and recorded,” he said in a statement.

His concerns are not unfounded: Amazon’s partnership with law enforcement agencies, which gives them access to its portal to search for user data, has expanded greatly since its inception. In August 2019, there were 405 police departments in the program. Now there are 2,161 of them.

But the police’s approach pales in comparison to Amazon’s. The company also has massive data sets about what we buy and where we live, and has a growing ad business that uses your data to target ads to you on Amazon and beyond. The company also recently introduced Amazon Sidewalk, a controversial service that connects certain Echo and Ring devices to each other unless the user opts out. It all adds up to a huge and powerful conglomerate that knows more about many of us than any other company – including those on our doorsteps or walking past our homes.

The Ringo camera footage was sent in response to urgent requests, which should only be made when there is a belief that serious injury or death will occur if the footage is not released immediately. The police are asking for information, but it’s up to Amazon to decide whether to release the footage, as well as whether the request is legitimate. Bloomberg recently revealed that people pretending to be law enforcement have been able to trick companies including Meta, Apple and Google into giving them data in this way.

“There will always be reasons why, in emergency situations, authorities may seek access to live cameras, but people are right to be skeptical when the police and Ring decide behind closed doors what reasons meet the ’emergency’ threshold and allow police access to their personal devices without order,” Matthew Guariglia, policy analyst at the Electronic Frontier Foundation, told Recode. Guariglia recommended that users turn on Ringo’s end-to-end encryption if they are concerned about police having unfettered access to their data.

Ring says in its law enforcement guidelines, which are buried in accompanying documents, that it can send the video to police in an emergency. Ring also sends user data and footage to the police in response to court orders, as does any company that has data for the police. Amazon recently revealed that it received more than 3,100 legal requests for data in 2021, a 65 percent increase from the year before. The reports did not say how many of those requests the company responded to. Although Ring says it tells users if police ask for their information, they may be legally prohibited from doing so. Only about 648 requests were notified to users.

Amazon also said that while customers have the option to turn off audio while recording video, it wouldn’t make it the default because users might never look at their settings to know to turn it on. Which, by extension, means that many users don’t look at their settings to know that the sound can be muted. The company also told Markey that Ring “does not currently offer voice recognition.” It’s not a commitment to never offer it in the future, which is what Markey asked for.

“Law enforcement’s increasing reliance on private surveillance is creating an accountability crisis, and I’m particularly concerned that biometric surveillance could become a central part of the growing network of surveillance systems that Amazon and other powerful tech companies are responsible for,” Markey said.

Ring spokesman Brendan Daley told Recode that Ring does not offer “unfettered access” to customer data to anyone, including law enforcement.

“The law authorizes companies like Ringo to provide information to government authorities if the company believes that an emergency involving the threat of death or serious bodily injury to any person, such as a kidnapping or attempted murder, requires immediate disclosure,” the spokesperson added. . “Ring faithfully applies that legal standard.”

For years, Amazon has discussed its Ring smart doorbell and security systems partnerships with police departments across the country. Although privacy advocates were concerned that Amazon was creating its own national surveillance network, Amazon argued that Ring was a way for customers to feel safer and more secure in their homes. And while Amazon has offered police departments a portal through which they can access recordings from users’ Ring devices when they see fit, the company has assured users that police can only obtain those recordings with the user’s knowledge and permission. That was never entirely true, as the company’s letter to Markey became more apparent than ever.

Lawmakers and regulators have tried to rein in Amazon, but there appear to be significant limits on what they can actually do or how effective those measures will be. If government and agencies won’t or can’t protect consumer privacy, Amazon can decide how and when to do so, and its business interests lie in the data it collects and uses. And that leaves it up to the consumer to decide whether giving their data to Amazon is worth the benefits of the products and services it sells in exchange.

Update, July 13, 6:30 p.m. ET: This story has been updated to include a statement from Amazon. 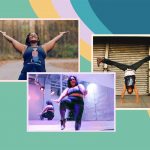 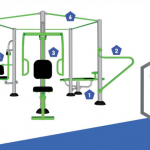