Reasons Why Sound Can Reduce Pain According to New Science

Attention, everyone: New research reveals it wasn’t just your imagination if you’ve ever felt better overall after listening to your favourite song.

In actuality, other things than music can also have analgesic, or pain-reducing, effects. Researchers have discovered that a variety of sounds or noises, when played at the proper volume, can be beneficial.

A link between sound and the body has long been understood by medical professionals and researchers. For many years, music therapy has been used to help patients with cancer manage their pain during and after cancer treatment, during labour and delivery, and after an operation.

But the reason why this occurs is unclear. According to certain ideas, sound has psychological analgesic benefits that relax or divert a person from their suffering.

This latest study reveals that a more significant factor is at play. The Science paper may also offer light on the inner workings of the brain by exposing the neural circuitry underlying this pain alleviation.

The study’s co-author is Yuanyuan (Kevin) Liu, PhD, a sensory biology and pain researcher at the National Institute of Dental and Craniofacial Research.

According to him, relative sound loudness may have an impact on how much pain is felt. Low-intensity sound can deactivate the audio-somatosensory pathway, which prevents the somatosensory thalamus from becoming activated. This suggests that a low-volume noise appears to dampen activity in the brain regions in charge of pain signals.

In the experiment, researchers injected mice with a substance that made their paws hurt. Then, they played a range of sounds—from relaxing music to white noise—at various levels while they listened for any changes in the behaviour of the rats.

As a result of what they observed, the sounds may have “reduced reflexive paw withdrawal and aversion to painful stimuli – markers of analgesia for mice,” according to Liu. In other words, the sounds seemed to lessen the mice’s suffering.

The researchers discovered that 5 decibels above background noise was the optimum volume for pain alleviation.

Liu notes that the background sound is connected to the 5-decibel low-intensity sound. It is a relative value rather than an absolute one. Therefore, wherever you are, you should turn up the level just a little bit more than the ambient noise.

Additionally, the sorts of music performed made no difference, which may be good news for lovers of sludge metal. Playing the proper noises at the right volume still had a pain-relieving effect, even when the noises were altered to be “unpleasant.”

It doesn’t matter if you prefer Metallica or Mozart, at least, according to the research. As long as the music is played at the appropriate volume, either option can work.

Sound and Pain Management in the Future

We are only in the first few measures of composing the symphony of how the body and mind react to sound, warns Liu.

To apply these discoveries from mice to the human environment, he adds, “there’s still a long way to go.”

We cannot be certain that when exposed to sound, human brains function similarly to mouse brains. However, the results in mice can provide us with hints about how our brains may function, giving us a piece of the puzzle in understanding how sound affects the sense of pain.

We anticipate that our research will lead to new developments in the area of sound-induced analgesia, says Liu. But for that to happen, a lot more study is required. 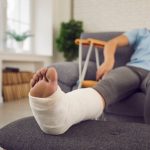 Next Article HIV, COVID, and Monkeypox Diagnosed in Italian Man at the Same Time

What Is Transphobia? And How Does It Affect You?

How To Make Your Furry Friend Happy, Healthy and Fit

Bringing a pet into your home is a wonderful decision. Pets enrich our lives in ways we can’t even begin to explain. And the more […]

Best Podcasts to Boost Your Mood and Brighten Your Day

Podcasts are a great way to learn something new while also getting some exposure to the human voice. Listening to someone talk about a subject […]

Understanding Sinus Headaches: What You Need to Know

‍ A blocked nose, also known as a stuffy nose or a nasal blockage, can be annoying and inconvenient. But what feels like an inconvenience […]