Antonio Conte is known to be a strict master, especially when it comes to pre-season training, and on Monday we saw the Italian put his Tottenham team through the paces.

Spurs held an open training session as part of their pre-season tour of South Korea, with local broadcaster MBC streaming the event live on YouTube.

We were treated to a few small games, but perhaps the most interesting part of the session was the fitness test after two hours.

Antonio Conte made his team suffer through a shuttle run all over the pitch, and it’s fair to say some fared better than others.

Indeed, the likes of Bryan Gill, Pierre-Emile Hojbjerg and Richarlison showed off their impressive engines, while others were flaggers.

One player who seemed to struggle during this drill was Harry Kane.

As you can see in the video below, Kane fell behind the rest of the team towards the end of the fitness test.

As a forward, Kane was never one to cover every blade of grass during a game the way a full-back or midfielder would, but it was a bit of a shock to see him struggle like this.

The striker was physically ill towards the end of the session, and, to be honest, that’s quite worrying.

Of course, you have to take into account how hot it was in Seoul on Monday and it may have just been one of those days for Kane, but it looks like he has a long way to go to match fitness.

With the Premier League season kicking off next month, Kane needs to step things up if he is to avoid the slow start he suffered last term. 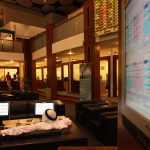 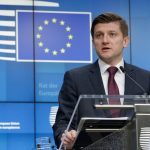 Next Article We will be constructive partners in the eurozone – EURACTIV.com