The environment and racial equality are declining as key issues for American entrepreneurs, study shows

“The State of Entrepreneurship in the US” provides a window into innovators’ perceptions of the economy.

“The State of Entrepreneurship in the US,” launched today, provides a window into key changes in innovators’ perceptions of the economy and small business since 2020. the first iteration of the study was carried out.

It finds that less than a third of respondents see environmental sustainability and racial equality as key issues, down from 54% and 59%, respectively, in 2020. Poverty and immigration moved up as the number two and three issues behind health care, which remains the top concern among entrepreneurs, with more than half citing it as a key issue.

“These findings reflect trends we’ve observed in our work with entrepreneurs across the country, who are focused on simply surviving in a volatile economy amid supply chain issues, geopolitical instability and limited capital,” he said. Todd Khozein, Co-CEO of SecondMuse. “Being an entrepreneur is extremely difficult and this study sheds light on certain areas where they can benefit from support.”

The outlook is decidedly more pessimistic than in 2020, when the country was gripped by a pandemic and a movement for racial justice.

“Some of the pessimism can be attributed to the rise of people starting their own businesses, which are the first to face challenges that have always existed, especially for people from historically marginalized backgrounds,” Khozein said.

Women surveyed and those from lower socio-economic backgrounds cited access to capital as their greatest need, as did immigrants, who also cited a pathway to citizenship as a key need. People who identified as Black, Asian and Hispanic, meanwhile, said they would benefit the most from less discrimination.

The study highlights the need for targeted support for entrepreneurs, especially those from marginalized groups and those with environmental and social justice ambitions who are simply too focused on basic survival to give adequate attention to other goals.

SecondMuse periodically conducts these studies to gauge the perspectives of entrepreneurs from diverse backgrounds, particularly with regard to the challenges faced by start-ups. The SecondMuse study will be conducted again to expand the longitudinal data on “The State of Entrepreneurship in the US.” More details on the study’s findings and methodology can be found here.

SecondMuse is an impactful and innovative company that builds resilient economies by supporting entrepreneurs and the ecosystems around them. They do this by designing, developing and implementing a combination of innovation programming and capital investment. From Singapore that San Francisco, SecondMuse programs define inspiring visions, build lasting businesses, and unite people around the world. Over the past decade, they have designed and implemented programs on 7 continents with over 600 organizations such as NASA, the World Bank and Nike. To learn more about how SecondMuse is positively shaping the world, visit: www.secondmuse.com. 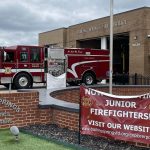 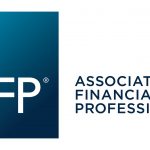 Meet the entrepreneurs who are turning Farmington into a coffee destination

Sheikh Kamal IT Business Incubator has the potential to redefine business and education in Bangladesh by bridging the gap between promising young entrepreneurs and industries. […]

Frankie Randazz’s plans for the family business in Lumberton include a 5-acre lot that will house a sports bar with a miniature golf course. LUMBERTON, […]